Labour has clarified its position over a contentious Department for Work and Pensions (DWP) policy. But when you check it, it really doesn’t go far enough; potentially leaving millions of people worse off than they should be.

The DWP: freezing all over

In April 2016, the government brought in the benefits freeze. This meant the DWP would not increase the amount paid for some working age benefits until April 2020. It followed a cap on increases at 1% from April 2013. The benefits affected are:

The government said the freeze would save it £3.9bn a year. But now, Labour has moved on the policy.

Hm. Last month Labour's welfare chief Margaret Greenwood told me, in no uncertain terms, that Labour would end the benefit freeze. I.e., uprate benefits in line with inflation. But John McDonnell today says only: "We're considering that as part of our review."

But then, shadow chancellor John McDonnell appeared to confirm that Labour would stop the benefits freeze. Apparently, it would commit to increasing the benefits hit by the freeze in line with inflation:

NEW – since John McDonnell's BBC interview this morning I've spoken to him about Labour and the benefits freeze.

He says Labour WILL end the freeze in full – including, crucially, uprating in line with inflation.

"We’ve said that all the way along"https://t.co/rSdsfdi6io

Any move from Labour to make claimants’ lives better should be welcomed, but not uncritically. Because the problem with the pledge is it doesn’t go nearly far enough.

As The Canary previously reported, the think tank the Resolution Foundation crunched the numbers around the benefits freeze.  It found that overall, claimants have experienced a 6.4% real terms cut to their money (adjusted for inflation).

The Resolution Foundation also found that in real terms: 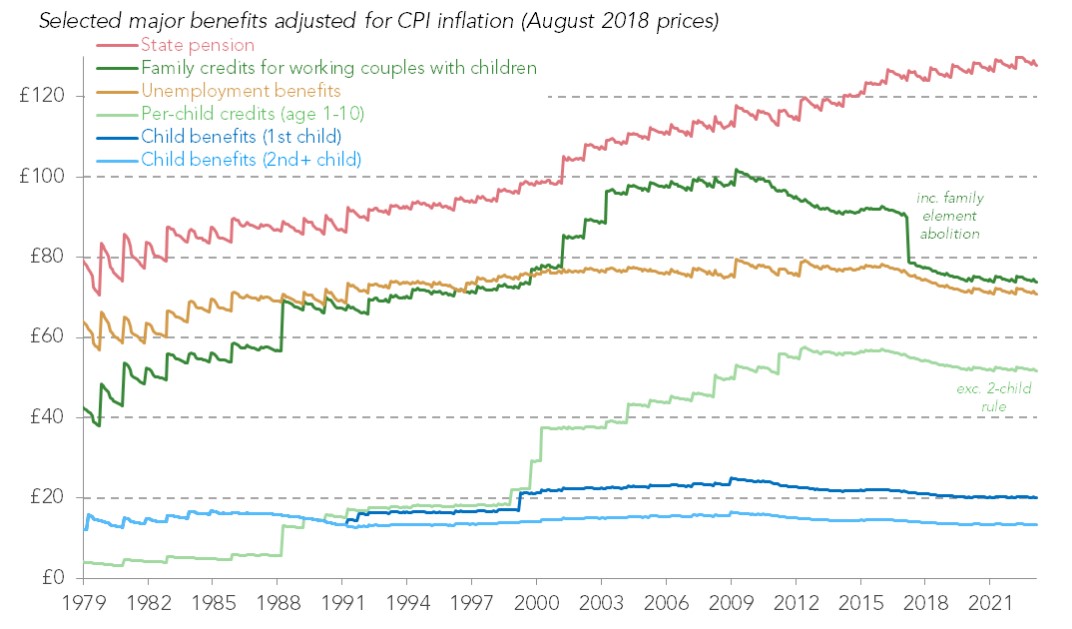 But even more staggering was its analysis of benefits as a share of average earnings. These figures show that unemployment benefits and Child Benefit for two or more children are at 70-year lows by this measure: 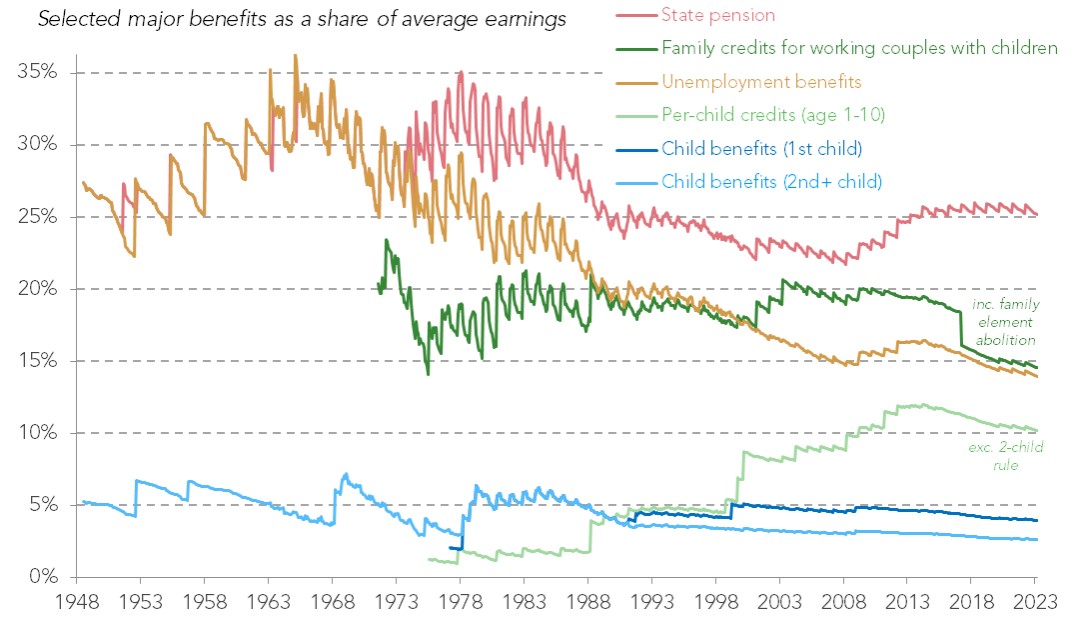 But moreover, Labour pledging to end the freeze and uprate benefits is basically what the Conservatives appear to be thinking of doing – possibly. As the Resolution Foundation said:

there is also a tough question for the opposition parties. Labour, the SNP and the Liberal Democrats have all said they would end the freeze. But CPI uprating is already set to return from April 2020. The big question now is whether those parties would actually undo the real term cuts that have already happened… if they got the chance, or if that £4.4 billion, 6 per cent cut will simply be accepted as a ‘fait accompli’.

Labour should be saying ‘No. We won’t accept families losing £4.4bn’. But will it? If people start demanding it, maybe the party will listen.