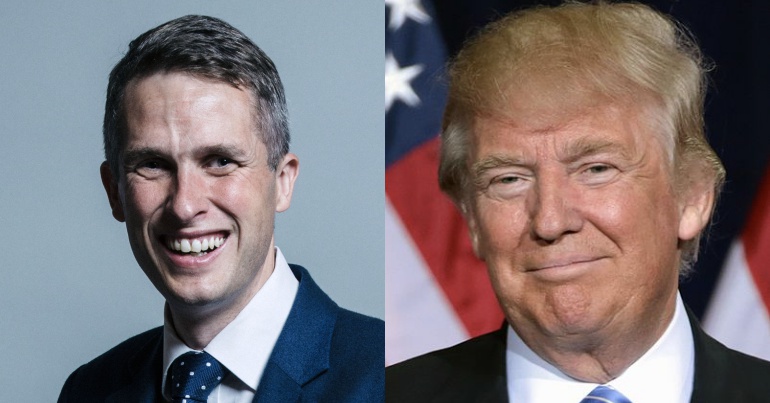 On 25 October, the Royal British Legion launched its annual poppy appeal. Defence secretary Gavin Williamson posed for photos with poppy sellers. But critics have accused Williamson of insulting victims of war by backing the poppy appeal launch just days after supporting Donald Trump’s plans for a build-up of nuclear weapons.

On October 20, Donald Trump announced plans to withdraw the US from the Intermediate-Range Nuclear Forces Treaty (INF) with Russia. Signed in 1987, this treaty was widely seen as ending the Cold War and the build-up of nuclear weapons between Russia and the US. As the Atlantic reported, Trump:

complained about how unfair it is that Russia and China get to ‘do weapons’ that ‘we’re not allowed to,’ and boasted of the hundreds of billions of dollars the U.S. military could ‘play with’ were it to build new nuclear weapons of its own.

On 21 October, Williamson responded saying that the UK government was “absolutely resolute” in its support of Trump’s policy.

This move has prompted some critics to challenge Williamson’s support for the Royal British Legion’s red poppies. Not least, because 2018 also marks 100 years since the end of the First World War. As Symon Hill of the Peace Pledge Union (PPU) said in a press release:

100 years after the failure of the ‘war to end all wars’, Williamson is helping to make another world war more likely with his support for Trump’s nuclear build-up.

The PPU distributes white poppies. Since 1933, the white poppy has been a powerful symbol to remember all the victims who have died in wars. It’s become a poignant reminder that war kills without discrimination. And above all else, it’s a symbol that shows the only way to end war is to focus on peace.

The PPU also accused Williamson and the government of contributing to war deaths around the world. Largely through the sale of arms.

According to research by the Stockholm International Peace Research Institute, the UK government has the seventh highest military budget in the world. As Hill said:

Williamson talks of ‘remembering the dead’ but his own policies mean that there are more dead people to remember. As [he] rattles his charity tins, children in Yemen are dying with British-made bombs sold with the licences that UK ministers have approved.

Saudi Arabia, for example, is the “UK’s biggest arms customer”. According to Campaign Against Arms Trade (CAAT), the UK has licensed £4.7bn arms exports in the past three years. These arms have been used in a brutal Saudi-led war against Yemen; which is, according to the UN, the “worst humanitarian crisis” in the world.

So perhaps rather than posing for photo opportunities, Williamson should retreat and think about the true consequences of his words and actions on a global scale.

– Find out about PPU’s work and order white poppies to share with your community.

– Also write to your local MP about British military assistance to Saudi Arabia.