The BBC's 'apology' to Diane Abbott has made things far, far worse - Canary 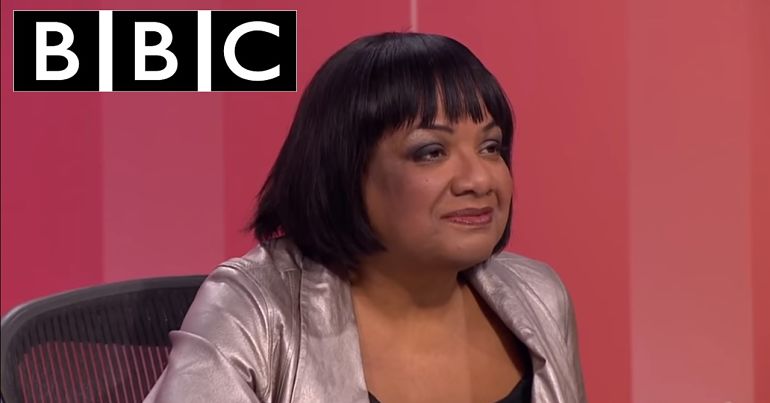 After the BBC Question Time panel got caught lying during an attack on Diane Abbott on 17 January, tens of thousands called for the state broadcaster to issue an apology. The show’s new host Fiona Bruce joined right-wing columnist Isabel Oakeshott in wrongly attacking the shadow home secretary’s polling data. And, as the Canary reported, audience members have claimed Abbott was met with a “hostile atmosphere”.

After huge pressure across social media, the BBC News Press Team posted a response on 19 January:

We've reviewed what was said re polling on @bbcquestiontime. A YouGov poll published on the day of the programme suggested a lead for the Conservatives. Diane Abbott was also right that some other polls suggested Labour either as ahead or tied, & we should have made that clear.

But for many, this ‘apology’ has only made things worse.

Firstly, the words ‘sorry’ or ‘apologise’ don’t actually appear in the BBC’s statement. Secondly, the show’s discussion centred around ‘polls’ and not one ‘poll’. Abbott was therefore correct, and the panel was wrong. And thirdly, this ‘apology’ isn’t good enough. The BBC should rectify the disinformation it broadcasted to millions of people by announcing a correction to a comparably-sized audience.

People were unsurprisingly furious with the BBC’s response. The Ealing Labour for Corbyn account tweeted:

I think you misspelt “sorry”. https://t.co/yZAffqitV3

We look forward to your making it clear – with more detail than this statement which says "some other polls" when it should say "all other polls" – at the start of the next programme.

"you are behind in the polls"

Fiona Bruce (inaccurately) confirmed something which wasn't true by another guest who was saying 'you are way behind in the polls' – this is when Labour are ahead in poll of polls and only YouGov give Tories a lead for….months!

And the aggregate has shown a Labour lead for more than a month. This was a cheap shot, a wink, wink, look at the woman of colour getting her sums wrong again. It’s disgusting and this apology needs to be clearer and stronger. She was right, you were wrong and deliberately so!

The BBC’s ‘apology’ attempt has created even greater distrust in the state broadcaster. It must now issue a correction and a proper apology to Abbott on next week’s show. Anything less won’t do.

Featured images via screengrab and BBC/Wikimedia