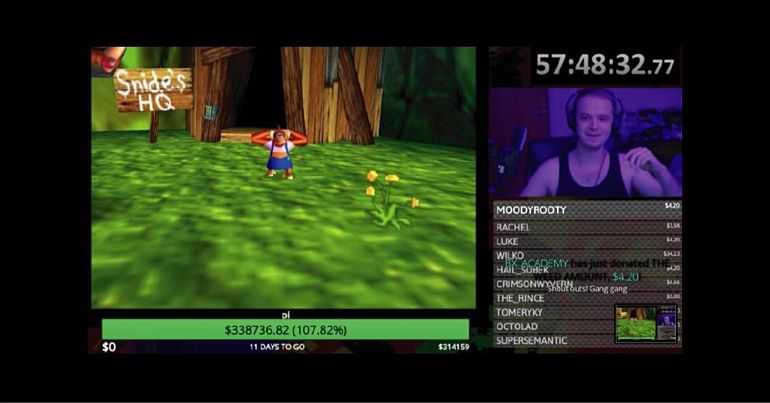 In December 2018, the Big Lottery Fund proposed a grant to transgender charity Mermaids. This became subject to review following a campaign led by the writer of Father Ted, Graham Linehan. The campaign – which has been described as “anti-trans” – brought the story to broader public attention. It’s this that led video maker Harry Brewis (HBomberGuy) to play 60 hours of Donkey Kong 64 in aid of the charity. Viewers of Brewis’s live video stream raised barrels of money:

Apparently today is #BlueMonday, the saddest day of the year?

This weekend one guy raised over $340,000 for Mermaids by playing Donkey Kong online and uniting the world behind trans kids and the trans community.

In December 2018, Linehan posted a message to the Mumsnet forum. He called for people to contact the Big Lottery Fund in order to “force a review”: 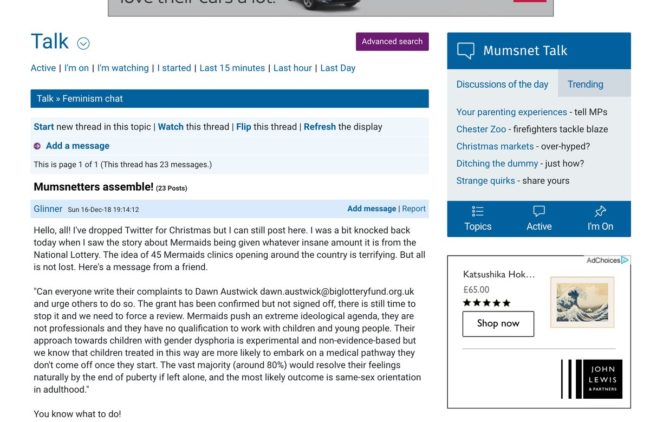 Mermaids understands that people may not know exactly what we do and how we support families, therefore we want to make it clear that part of the lottery funding is for family support groups across the country to allow parents and their children to meet in person, sharing experiences and reducing isolation and loneliness.

Many people, like journalist and trans woman Paris Lees, condemned the campaign:

It's particularly repulsive to do this at Christmas, when many trans people are reminded how lack of family support feels. He also quotes false stats. The medical community is clear: accepting trans kids for who they say they are provides the best outcomes https://t.co/59vvm1oTDZ

Others in the media portrayed a different message. The Times, which has previously published untrue information about Mermaids, branded the charity a ‘sex-change charity’:

A response piece to this noted:

no child under the age of 16 will ever undergo any degree of “sex change” (whatever image that might conjure); the only form of medical intervention provided to under-16s on the NHS are hormone blockers, which, far from “sterilising” children as transphobes often claim, simply delay puberty, thereby preventing trans and gender-variant kids from the potential long-term harm done by irreversible hormonal development – whether ‘natural’ or medically induced. Mermaids, moreover, is not even a healthcare provider – they may offer data and opinion on policy, like many charities, but the service they provide is one of education and community.

As a result of all this, the campaign against Mermaids has backfired:

What an amazing, amazing thing to witness. Over $340K donated (from a $3K ask!) for trans rights via @Hbomberguy's stream. Thrilled for @Mermaids_Gender! #transrights. Great way to start 2019. https://t.co/talaQc4pG4

Lots of people have been celebrating the achievement online:

After years of increasingly hostile and inaccurate media coverage, I can't tell you what a boost #MermaidsMonday will be to so many amazing parents who are working to ensure kids today don't go through what I and many others did. Thank you @Hbomberguy and everyone who donated! ❤

Who ever thought that #bluemonday2019 could become #MermaidsMonday?! What an extraordinary and surreal weekend! From the initial notification that @Hbomberguy was online raising money for us to this astonishing conclusion. With global love and support. Am overwhelmed 😊 pic.twitter.com/b6BbJsmjZu

It was great popping in and chatting with you all 👾 thanks for inviting me! https://t.co/pGnDr99VNo

It also gave people the opportunity to draw some fan art:

Over the past few years, trans people have faced numerous attacks from the media and anti-trans campaigners. Brewis hasn’t just helped raise money for Mermaids, he’s also helped show how much support there is out there. Hopefully, this signifies the start of a good year in the fight for trans rights.