Jamie Oliver's collapse threatens over 1,000 jobs, but his fortune's intact - The Canary 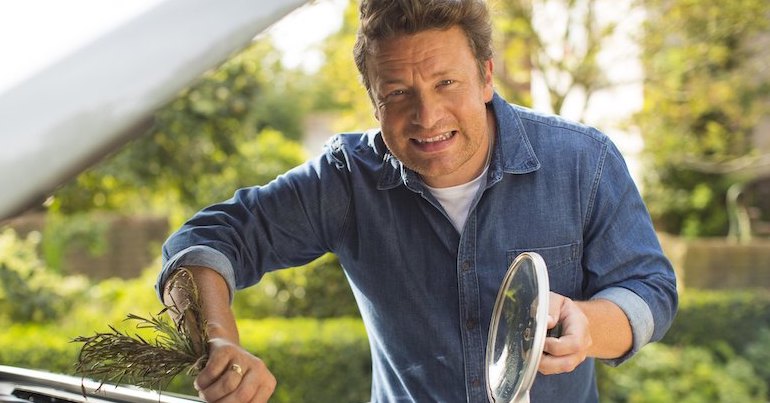 On 21 May, news broke that over 1,000 people may lose their jobs after Jamie Oliver’s restaurant chain collapsed. With administrators set to go in, many suppliers could also lose out. Yet Oliver’s multi-million-pound net worth remains largely intact.

The collapse closed 22 of his 25 restaurants: Jamie’s Italian around the UK and London-based Fifteen and Barbecoa. If administrators KPMG can’t find new buyers, around 1,300 people may lose their jobs. The union Unite also pointed out the uncertainty that this will cause to the chain’s many suppliers.

In a statement, Oliver said:

I am deeply saddened by this outcome and would like to thank all of the staff and our suppliers who have put their hearts and souls into this business for over a decade. I appreciate how difficult this is for everyone affected.

Yet although Oliver invested his own money into the restaurants in 2018, savvy business deals mean that he’s financially buffered from the collapse. His media business, which includes TV shows and cookery books, is booming. He also owns majority shares in cooking equipment and homeware companies. In fact, according to Spear’s, in May 2019, his net worth was £240m.

Several people pointed out that his personal wealth stands in stark contrast to those people who’ll lose out:

It will come as a relief to his fans that @jamieoliver personal wealth won't be affected by this collapse… so no real harm done. Can't wait for the next book Jamie I understand it's titled 'eating on the dole' which will come just in time for the 1,300 that have lost their jobs

I really feel for the workers who now need to find employment with imidiate effect. @jamieoliver can relax with his wealth while throwing everyone else under the bus. He genuinely does not care. Full of hot air. He’s lost a lot of supporters/fans now. https://t.co/6L8kwE3sAN

Jamie Oliver will retain his wealth, many of his staff and creditors will lose everything.

Oliver rose to fame as The Naked Chef in 1999. In many ways, he’s the epitome of Tony Blair‘s New Labour policies. One of the poster boys of the middle-class Cool Britannia era, Oliver still continued to expand his business empire as Conservative-led austerity bit. Few people struggling under austerity could afford to eat at his restaurants, where an average main meal cost over £15. But that didn’t stop the rise and rise of his businesses.

In 2015, however, he admitted he’d “fucked up about 40%” of his business ventures. And then, in 2018, he said “I honestly don’t know [what happened]”, when forced to use his own money in an effort to save the Jamie’s Italian chain. At that point, around 600 people lost jobs when 12 restaurants closed. Yet he still kept his lucrative branded media and lifestyle companies separate from the Restaurant Group company.

So as yet more people face unemployment and unpaid supply bills, perhaps it’s no surprise that his personal wealth remains intact. On one level, all this news did is dent Oliver’s ego – but capitalists can survive that with millions in the bank.