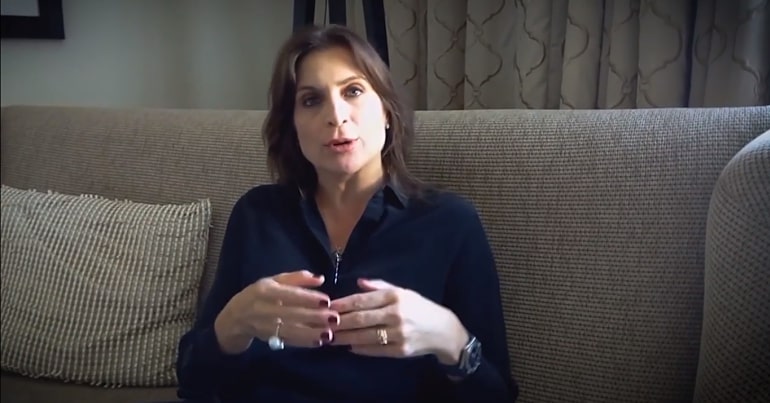 Vanessa Neumann is Venezuelan opposition leader Juan Guaidó‘s representative in the UK. In a damning recent interview with journalist Mehdi Hasan, she tried to shrug off Washington’s long record of brutal interventions in Latin America by saying she was “too young” to have lived through such “incidents”. This was in spite of Guaidó’s team currently spearheading the latest US-backed coup attempt in Venezuela.

Like Carlos Vecchio in Washington, Neumann has declared herself Venezuela’s interim UK ambassador and added the esteemed title to her LinkedIn profile. But her recent commentaries on Venezuela, combined with a cursory glance at her socio-economic background, reveal a trend of Venezuelan ‘representatives’ that share little more with most Venezuelan people than a country of birth.

In the interview with Hasan, Neumann showed little concern about Washington’s bloody record of intervention across Latin America. She claimed:

Times have changed… A) the continent has changed; B) you know, the attitude of the United States to the region has changed; C) the understanding of counterinsurgency or counterterrorist or operations or things to secure, you know, safeguard a vulnerable population – all of those parameters and all of those understandings and methodologies have changed.

Aside from her confidence in an administration that has openly discussed its interest in acquiring Venezuela’s oil, Neumann’s understanding of counterinsurgency operations as a means to “safeguard a vulnerable population” is of particular concern. Throughout the latter half of the 20th century, US-sponsored counterinsurgency operations brought terror and destruction to wide parts of the Latin American civilian population.

seem to have changed at all. They seem to be interested in oil, and sending people with a very bad record on human rights [such as Elliott Abrams] to help you.

Hey, I was too young to live through the incidents

Following Neumann’s logic, nobody would be qualified to comment on pre-20th century history because nobody was alive to see it.

In the full interview, Neumann also suggested that if Guaidó backs US military intervention, then she does too. Economist Mark Weisbrot, meanwhile, accused her of making “defamatory” remarks about the Center for Economic and Policy Research (CEPR). These were later deleted from the interview.

In an apparent face-saving effort following the interview, Neumann hit back at Al Jazeera. Rather than discuss the message, she attacked the (indirect) messenger, claiming:

Correct! Qatar owns @AlJazeera which pays for @AJUpFront @mehdirhasan. They (their embassy in DC) openly boast to the US media & politicians about hosting the largest US military base for CENTCOM and brag about how many bombing runs are flown out of there a day & want expansion. https://t.co/UogZjSQrxs

Qatar’s relationship with the US may very well be concerning, but that doesn’t make the prospect of US military intervention in Venezuela any more inviting.

Neumann’s decision to question Al Jazeera‘s integrity (and to shrug off the long record of devastation resulting from US interventionism) is all the more revealing given her own corporate ties. Guaidó’s representative in London is the founder and owner of Asymmetrica, whose mission statement is:

Asymmetrica brings together cutting-edge experience from the defense, special operations and intelligence sectors.

Another page on the Asymmetrica website details that Neumann:

has also spoken at many US military bases around the world.

Her LinkedIn page, meanwhile, adds that she has:

Lobbied US government for oil industry interests under Venezuela’s Minister Counselor for Petroleum Affairs [during the 1990s].

In other words, Neumann works on behalf of private corporate interests, specialising in conflict regions.

“Please, we want the return of the Americans”

Neumann’s restraint to back US military intervention during her interview with Hasan, meanwhile, seems inconsistent with views expressed previously. In an interview with CNN‘s John Fredericks in 2018, for example, Neumann’s first line was:

Oh my god, I don’t know; please, we want the return of the Americans [to Venezuela].

I grew up in a country that… loved the US, saw it as a model of the region. And now the people are starving, you have 30 million who have basically been, like, kidnapped.

Although the Hugo Chávez administration drastically improved the living conditions of Venezuela’s poor (and notably Afro-Venezuelan and Indigenous) population, Neumann recalls the pre-Chávez days of neoliberalism with nostalgia. This suggests the kind of future she imagines for the country, in which Venezuela’s oil interests and industries are plundered by foreign corporations. But as I recently reported from Venezuela:

Neumann’s upbringing is far from the ideal model for measuring the childhood of an ordinary Venezuelan. When she was a young girl, for instance, her European-born grandfather bought the island of Mustique – “a playground for the very rich”.

Like journalist Joanna Haussman and opposition leader Leopoldo López, Neumann comes from an old Venezuelan elite which has tirelessly resisted the progressive political process which Hugo Chávez started in 1999. She also regularly contributes to an elite media which totally supports regime change.

After seeing Guaidó’s wife speaking with Donald Trump in March, one Venezuelan turned to me and said:

Whichever Venezuela these people represent, I don’t know it.

Indeed, Guaidó’s choice of representatives reveals a great deal about his plans for dragging Venezuela through a renewed phase of US-backed neoliberalism; of creating a Venezuela of the elite, for the elite. And this elite most certainly won’t want historical analysis of brutal US-led interventions in Latin America to get in their way.