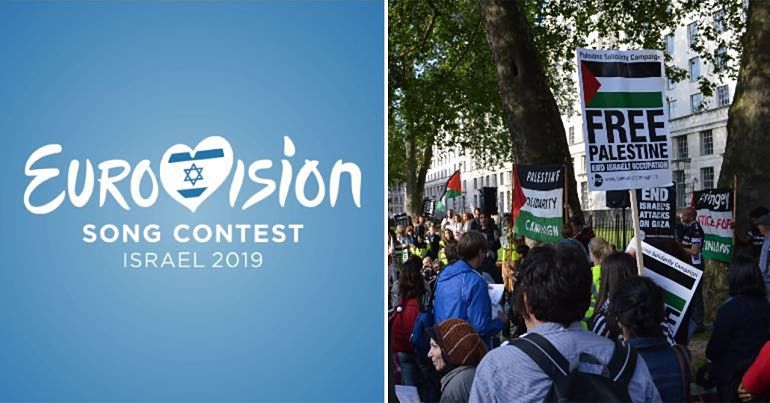 A number of countries have reported lower viewing figures for the Eurovision Song Contest compared to last year. Some countries reported a drop of more than 50% in their audience numbers. Palestinian groups and activists had called on people to boycott the event which was held in the Israeli capital Tel Aviv.

According to Eurovisionworld, broadcasters in at least eight countries saw a decline in TV viewing for the competition. It reported that the largest drop was in Hungary, which saw a fall of 64.11% compared to last year. Ireland was not far behind. The Irish state broadcaster reported a decline of 58.73% from 2018.

Some countries did report an increase in their numbers though. The audience in Switzerland, for example, rose by 74.36%. But Denmark, France, Germany, Poland, Spain, and Sweden all saw drops in their viewing numbers.

In the lead-up to the event, Palestinian groups had asked people to boycott the event. They argued that the Israeli government was going to use the contest to cover up its abuses of the Palestinian people.

This comes as there was further controversy around the competition. During her performance, two of Madonna’s dancers wore Israeli and Palestinian flags on their backs. Madonna had previously said that she wouldn’t allow people with a “political agenda” to stop her from singing.

The Icelandic entry, Hatari, held up Palestinian banners to the camera. Eurovision staff later confiscated the banners from the group.

But Palestinian activists have criticised the apparent acts of solidarity from Madonna as well as Iceland’s entry. The co-founder of the Electronic Intifada, Ali Abunimah, said that what Hatari did “was an act of anti-solidarity”. Instead of supporting the Palestinian call for a boycott, he argued, they were scabs who crossed a picket line.

The Palestinian Campaign for the Academic and Cultural Boycott of Israel (PACBI) also criticised the actions. It accused both Madonna and Hatari of “crossing the Palestinian boycott picket line”. As a result, it insisted that the performers:

cannot offset the harm they do to our human rights struggle by “balancing” their complicit act with some project with Palestinians.

It went further, saying that the Palestinian people “[reject] this fig-leafing”. And because of this:

The most meaningful expression of solidarity is to cancel performances in apartheid Israel.