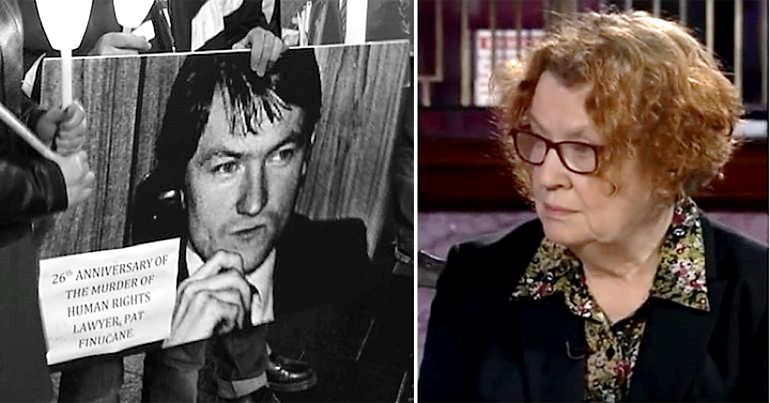 While most people welcomed his election, journalist Ruth Dudley Edwards did not. Instead, she launched a personal attack on Finucane. And her attack not only spectacularly backfired but also proved she’s stuck in the past. Dudley Edwards tweeted:

Like his father. An apologist for the IRA. https://t.co/TIiS2mjrm3

The reaction showed people’s disgust with Dudley Edwards’ tweet. It also showed how irrelevant her viewpoint is. The majority in Ireland is dealing with and moving on from the past conflict in the north. But Dudley Edwards’ tweet does neither. In responding to her outdated comment, people tweeted:

Out of order delete

Disgusting remarks from someone who has never been on the receiving end of state violence and murder.

What a pity you are not more like your father, Ruth. I doubt he would have displayed such a lack of grace and poor manners with a comment of quite this nastiness.

Dudley Edwards apparently wasn’t satisfied with the disgust and offence she caused, so she responded:

What a pompous intervention, Peter. I utterly condemn the murder of Pat Finucane, despite his being in the IRA. But I also deplore his son John's refusal to condemn the IRA murders of lawyers like Edgar Graham. So much for Equality, justice & respect for all!

The response to that tweet was clear and accurate:

Where is your evidence that Pat Finucane was in the IRA?

I utterly condemn his murder in one clause while justifying it in the next with no evidence to back it up. It is refreshing to see Ruth that evidence is no longer a prerequisite for facts or so you believe.

Dudley Edwards’ reply mirrors a comment made in the House of Commons just three weeks before Finucane’s murder. On that occasion Tory junior minister Douglas Hogg said there were a number of lawyers “unduly sympathetic to the IRA” in the north of Ireland.

Detectives investigating claims of collusion in Finucane’s murder interviewed Hogg about that comment. Finucane represented both loyalists and republicans and his family denies he was involved with the IRA.

In a short but damning assessment, journalist and expert on the conflict in the north of Ireland Eamonn Mallie told us just how little Dudley Edwards actually knows about the north’s conflict:

I have this saved in Bookmarks. Easy to call upon it time and time again. https://t.co/nj2jugWJqs

Dealing with the past

The Finucane family lost its challenge over the decision not to hold a public inquiry into Finucane’s murder. But the supreme court ruled that an effective investigation into his death has not been held.

The majority of people in Ireland are doing their best to deal with the aftermath of that conflict. Dudley Edwards’ tweet shows she stands alone.