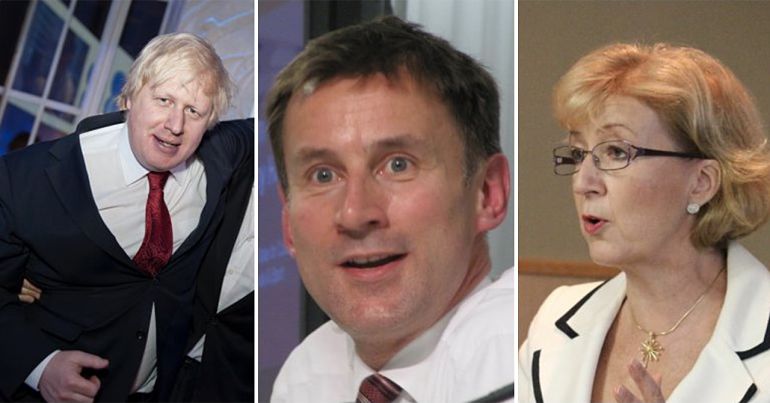 On 10 June, the Express asked the UK who it would “like to see as the next Prime Minister”. Over 7,000 people responded. But the paper may well regret asking this question.

Who would you like to see as the next Prime Minister? 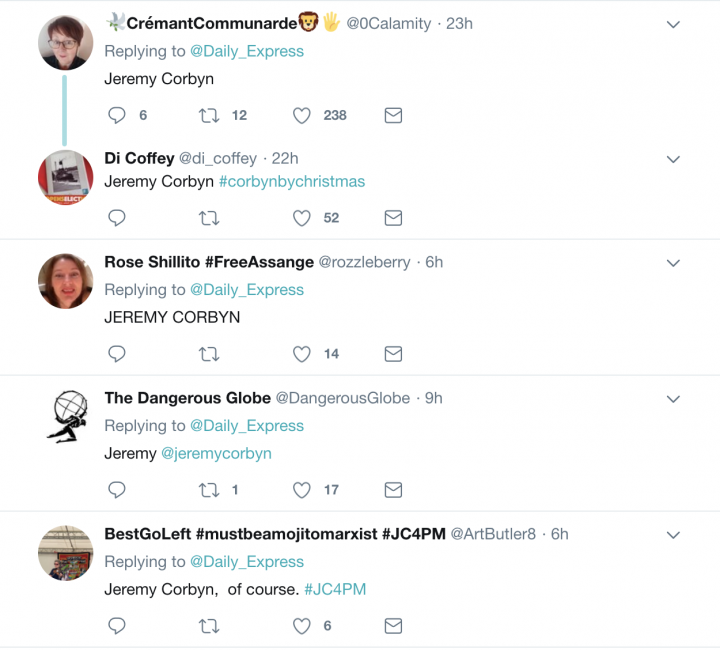 As someone astutely pointed out:

Wasn't quite what you were expecting, was it?

Whilst this might seem like left-wing trolling, the results are actually pretty spot on. Johnson is currently “the clear favourite” in the leadership contest to replace Theresa May “with odds of 5/7”. Foreign secretary Hunt is placed at 5/1 with Leadsom on 8/1.

But most significantly, nearly all the latest opinion polls do put Corbyn’s Labour ahead in a general election:

In truth, there’s now far more support for a general election than for any Tory to lead the UK. Research by Sky established that, after the chaos of May’s resignation, “54% think there should be an immediate general election” as soon as the new leader is elected. Only 36% were against this.

Quite understandably, given the choice between racist Johnson, warmongering Hunt or offensive Leadsom, the majority of UK voters want a Corbyn led-government to end austerity, fight rising inequality and save our NHS.

So although the Express might regret asking this question, it did get the truth in response.