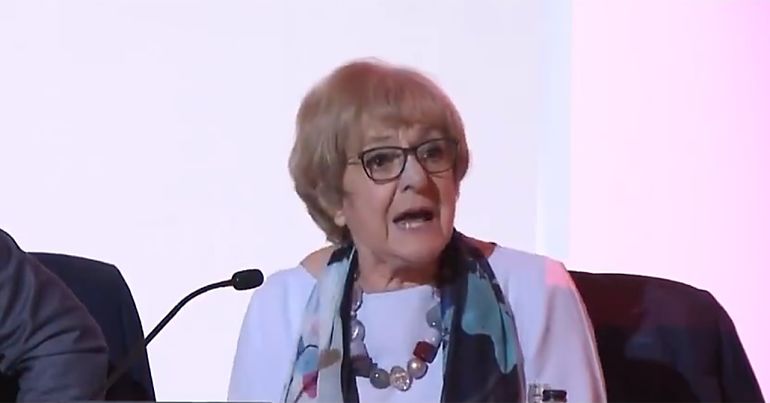 Right-wing Labour MP Margaret Hodge has referred to ending austerity as a ‘bribe’.

“Those sort of bribes…”

Margaret Hodge says that tuition fees and reversing austerity are 'bribes' to the electorate. I'm certainly glad we're not going back to the Labour party of austerity and illegal war. pic.twitter.com/cbIXfTERfW

The MP for Barking, who has previously smeared her own party’s leader, said:

I want a Labour Party that brings honesty into our politics. What we’ve got, if we do have anything, is a whole range of unrealistic promises, whether it’s on reversing all the cuts of the last decade, whether it’s on promising we’ll do away with tuition fees. Those are promises that will not be fulfilled. That unrealism, those sort of bribes actually in my view, in an era of scepticism… is not the way to win election.

Hodge’s comments echo Conservative leadership contender Dominic Raab, who reduced supporting disabled people to a “childish wish list”. These comments suggest that Hodge and Raab believe the majority of people should cover for the ruling class that brought about the financial crash.

On social media, people were unimpressed:

But Margaret thinks giving young people what we benefited from is now a bribe.

I think not forcing people into huge debt just to get an education is the right policy.pic.twitter.com/9GWnjffoYg

Tuition fees didn’t exist until Tony Blair‘s administration introduced them in 1998. Current Labour leader Corbyn voted against the policy, which began the for-profit provision of education.

Labour is an anti-austerity party.

Margaret Hodge is a pro-austerity MP.

The two don't go together. Time for Barking CLP to work for the good of the party and have her replaced.#HodgeMustGo

Austerity is a failed ideology that only weakens economies. Even the conservative International Monetary Fund (IMF) has come close to conceding this. Indeed, former Greek finance minister Yanis Varoufakis refers to austerity as “a narrative to conduct class war” against the majority of people.

Margaret Hodge describing the reversal of austerity as a 'bribe' is awful. Clearly doesn't believe in the 'political choice, not an economic necessity' narrative – probably harking back to the days we had Chris Leslie as Shadow Chancellor. Pathetic.

The Conservatives have rolled out austerity for most of the UK. Yet from 2017 to 2018 alone, the UK’s richest 1,000 families increased their wealth by £66bn.

Hodge has routinely called anyone who works with @UKLabour leader @jeremycorbyn including @Keir_Starmer “collaborators” and the enemy. She has abused people in lobbies and corridors and last nights personal outburst at a newly elected MP was another low after apology offered.

Born into a millionaire family, Hodge has shares in the family steel company that paid just 0.01% tax on revenues of over £2.1bn in 2011. Perhaps it isn’t surprising that Hodge is siding with the ruling elite over Corbyn. She’s very much a part of it.

And Hodge was a minister under Blair, who flipped on the electorate to enrich capitalists with privatisation, tuition fees and war. So Hodge actually helped bring about the “era of sceptism” she speaks of, because that administration destroyed trust in the Labour Party. By contrast, many see Corbyn’s record of voting against these policies as an antidote to the weasel words of politicians like Blair and Hodge. The MP for Barking’s attempt to reverse this reality and project her own failures onto Corbyn is transparent as day.