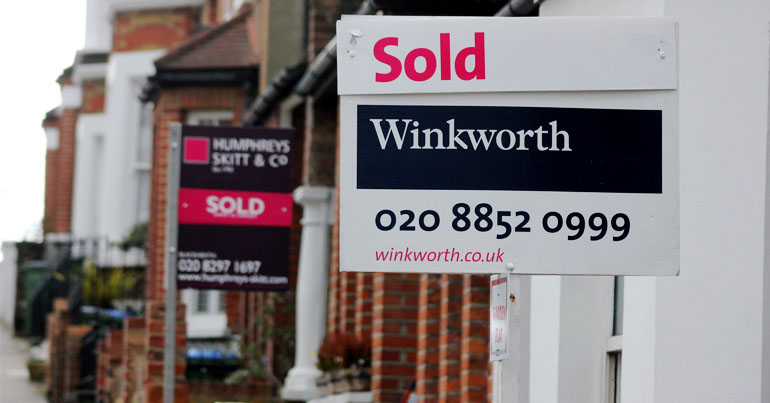 The National Audit Office (NAO) said on 13 June that three-fifths of people using Help to Buy could have bought a home without it. In fact, the scheme has helped line the pockets of Britain’s biggest housing developers. But as a programme introduced by former chancellor George Osborne, absolutely nobody is surprised.

NAO’s report Help to Buy: Equity Loan scheme – progress review concluded that the scheme “has increased home ownership and housing supply”. However, the devil is in the detail. It found that just 37% of people that bought a house between June 2015 and March 2017 said they “could not have bought” a home without Help to Buy.

The Help to Buy scheme has increased home ownership and housing supply. However, many of those using the scheme would have been able to buy a home anyway. Our new report: https://t.co/QPMRQLOqkk pic.twitter.com/ayAS9OXh3S

The scheme helps buyers to purchase a newbuild property worth up to £600,000. The government provides a five-year interest-free loan of up to 20% the asking price. Buyers then stump up a 5% deposit and the remaining 75% with a mortgage. When Osborne introduced Help to Buy in 2013, he was clear the scheme had two functions: to help homebuyers, and to stimulate housing development. NAO said the scheme had succeeded on those fronts. But because it’s not means-tested, it essentially helped many existing homeowners to move house.

NAO said 8,000 buyers, whose household income exceeded £100,000 per year, made use of Help to Buy. And the percentage of the already-wealthy making use of the scheme increased from 3% in 2013 to 5% in 2018. At the same time, since 2013, profits for all five of Britain’s biggest housing developers that take part in the scheme have “dramatically increased“. This is despite complaints about the quality of many newbuilds.

“Socialism for the rich”

As a Tory scheme with a name that echoes Margaret Thatcher’s disastrous Right to Buy, absolutely nobody was shocked by the NAO’s findings:

Many people who purchased a home using the government’s Help To Buy scheme between 2013 and December 2018 could have bought a home anyway, the National Audit Office (NAO) has said. SHOCKED, shocked I tell you. https://t.co/8JCONyF6U8

No surprises there then – NAO says 60% of help-to-buy recipients did not need state support https://t.co/qC4xFTVN20

Seems Help to Buy was a massive scam to take money from the poor and give it to rich people. Who could have guessed?https://t.co/FXQijXqAMh

The already wealthy who could afford to buy themselves a home and construction companies (who've seem large profits) both benefited from this gov funded scheme
Yet another example of neoliberalism, socialism for the rich, capitalism for the rest of us. https://t.co/nitnsJBatp

Meanwhile, some people had better suggestions for the £11.7bn of taxpayer’s money that the government spent on the scheme:

Maybe this is an unfair comparison but reading that 63% of help-to-buy recipients didn't need support, makes my mind drift to how that money could've been spent on the victims of bedroom tax, who've had benefit cut for the 'crime' of having a spare bedroom https://t.co/7MqRMit3U6

Help to Buy: ‘most users didn’t need it’, it ‘boosted the profits of construction firms’ – says National Audit Office. Or how to use public funds for political purposes. Meanwhile 80,000 homeless families – 120,000 children – in temp accommodation https://t.co/NtJrj9loaR

As we thought: Help to Buy scheme has mostly benefited the well-off who did not need it to get on the property ladder.
The money should've be spent on social housing. https://t.co/Ez2oTR2KQN

Billions that can’t be used elsewhere

Help to Buy will end in March 2023. By that time, NAO’s report estimates the government will have invested £29bn into the scheme. It also pointed out that this money “cannot be used elsewhere”.

Social housing remains essential to get a roof over many people’s heads. And the private rental market still drives people onto the streets. Meanwhile, most houses, including newbuilds, are unfit for the age of climate breakdown.

But at least some already-wealthy people now have larger houses and bigger bonuses, right?