'Grenfell is an example of how neoliberalism kills people', says Lowkey - Canary 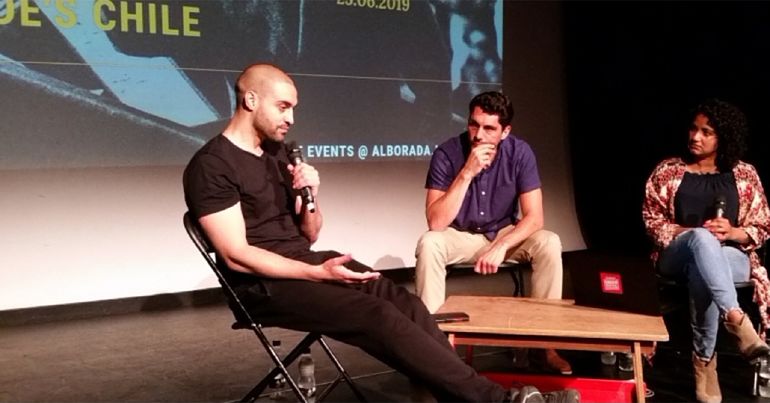 Labour leaders need to make clear that the Grenfell Tower fire is an example of how neoliberalism kills, according to hip hop artist Lowkey. The politically conscious rapper was speaking to a packed audience about lessons from Salvador Allende’s Chile. A US-backed military coup overthrew Allende, a radical democrat, in 1973. This unleashed a wave of terror and imposed neoliberal policies which affect the country to this day.

"#Grenfell is an example of how #neoliberalism kills people. [… So] if the neoliberal consensus is dead then let Grenfell be its tombstone" @Lowkey0nline told a packed audience at #Spiritof70 (@alboradanet event) discussing lessons of Salvador Allende's Chile, for the UK. pic.twitter.com/CeU28dpfJc

“The soul of the Labour Party is a contested space”

Lowkey shared the stage with author Victor Figueroa Clark, who is also a contributing editor to Alborada, and Natasha Josette. He also spoke about neoliberalism in relation to the UK Labour Party:

"The soul of the Labour Party is a contested space" says @Lowkey0nline who explained that the Labour Party has been complicit w/ the neoliberal system & #Austerity which has killed an estimated 120,000 people in the UK – in the last 8-10 years alone.#SpiritOf70 pic.twitter.com/krilW8oBOd

The hip hop artist later explained to The Canary that he sees this battle as fraught “with difficulty” because:

it seems that a commonsensical notion has been drummed into the political elite, really since [former Labour prime minister Jim] Callaghan’s $3.9bn loan from the IMF and obviously Thatcher after that, that corporations are better suited to running and administering the vital functions of the state.

Challenge the neoliberal logic accepted by much of the political class

He continued explaining that part of the story of Grenfell is how property developer and then environment secretary Michael Heseltine pushed legislation which reduced building regulations and which part-privatised building control during the Thatcher era. But Tony Blair’s New Labour approved of these changes as well.

It is absolutely vital that we are very clear in the ways that we aim to discredit that core logic and rationale which underpins so much of the function of the market state.

Really when we say Grenfell is a never again moment, we want it to end that relationship between corporations and the regulatory bodies which are supposed to police them. And so it is really important that we are demanding that in a bottom-up way. We are making those demands of local Labour Parties also.

In other words, the public will have to organise and demand changes if they want to see them take place.