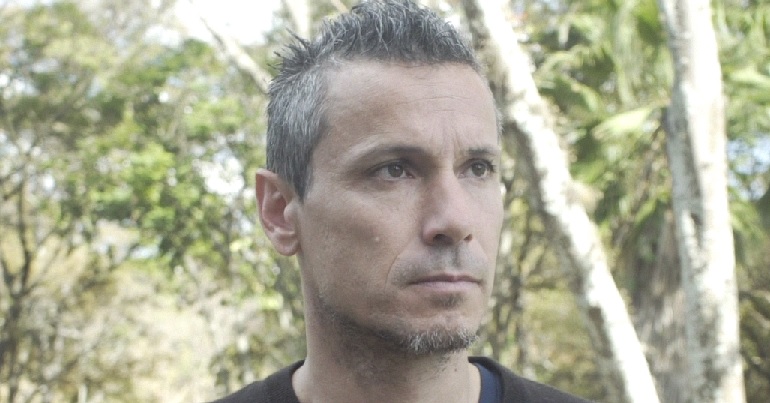 In an exclusive interview with The Canary, the grandson of Salvador Allende has spoken out against the ongoing Western-backed coup attempt in Venezuela.

On 11 September 1973, Augusto Pinochet overthrew Allende’s left-wing government in a US-backed coup. What followed was a wave of terror as Pinochet’s regime tortured hundreds of thousands of students, socialists, democrats, union members, and Indigenous people. It also ‘disappeared’ and killed thousands more.

Over 45 years after the coup, The Canary‘s Pablo Navarrete interviewed Dr Pablo Sepúlveda Allende, Salvador’s grandson. The interview – which will be published soon – took place in Venezuela’s capital city, Caracas. And it dealt with the ongoing crisis in Venezuela, where Allende has been living for more than 10 years.

Allende told The Canary that the US and “international elites” have “intensified their siege on Venezuela”. He drew parallels between the US treatment of his country of birth and of Venezuela today.

Before the far-right coup in Chile, the US deliberately destabilised the economy through a series of actions known as the “invisible economic blockade”. US president Richard Nixon infamously ordered then CIA director Richard Helms to either prevent Allende from coming to power or overthrow him in a coup. The expression used was that the CIA should “make the economy scream“.

As The Canary has revealed, establishment expert Shannon O’Neil recently admitted that US sanctions on Venezuela are also designed to “make the economy scream”. Economist Mark Weisbrot, meanwhile, confirmed that “the [US] sanctions do actually kill people”; and that the latest rounds of US sanctions will “destroy what’s left of the economy”.

Why Chile and Venezuela became targets

In the 1970s, working-class mass movements propelled Allende into power. He planned to redistribute wealth from the wealthiest 1% to the rest of the people. The former health minister’s policies included increasing wages and workers’ protections, expanding healthcare, and redistributing land to peasants.

Likewise, the Venezuelan government of late president Hugo Chávez implemented radical social democratic policies. He nationalised numerous industries, redistributed land, expanded healthcare for much of the population, nearly doubled the number of people in primary and pre-primary education, and halved the number in extreme poverty. And just as it was the middle and upper classes that opposed Allende, most of the domestic opposition to Chávez – and his successor Nicolás Maduro – is from the middle and upper classes.

The stalling of Venezuela’s revolution

It is important to note that there’s also been an increase in dissatisfaction among the poor and working class with the Venezuelan government. This is a partial result of the state’s failure to continue with Chávez’s most progressive policies. Maduro and Chávez, like Allende, have reportedly sought concessions from the business class. And they long sought to avoid changes that were too abrupt – like ending private-sector domination of the economy.

After the death of Chávez, Maduro failed to continue democratising the economy. And this helped to weaken his natural base of support. That doesn’t mean Venezuelan workers support the right-wing US-backed coup today, though. Indeed, a recent poll revealed that the vast majority of Venezuelans oppose Washington’s hostile interventionism.

the problem isn’t Nicolás Maduro’s government; what they [US and its allies] want are Venezuela’s riches, its oil.

In 1973, Pinochet implemented extreme ‘free market’ (neoliberal) policies which privatised much of the country; handing public services and resources to local and global elites. Inequality skyrocketed.

‘They want to make another Libya’

Allende also told The Canary he thinks the US wants to do what it did to Libya. He was referring to the NATO-backed destruction of the Libyan state in 2011, that ultimately led to death squads and open-air slave markets being introduced into the country.

We see the state of Libya today. Destroyed.

I think they are planning something similar for Venezuela

1st clip from my @thecanaryuk interview with @SepulvedAllende, the grandson of former Chilean president #SalvadorAllende, who has lived in #Venezuela for >10 years. He warns of how the US wants to turn #Venezuela into another #Libya pic.twitter.com/yH0dBwKMBN

Allende ends with a call for “international solidarity”. And that’s incredibly important. Because it’s rare that we have an opportunity to stop a coup before it succeeds. But this is one of those opportunities.

The Canary will be publishing the full interview with Allende in the next few days. So stay tuned.