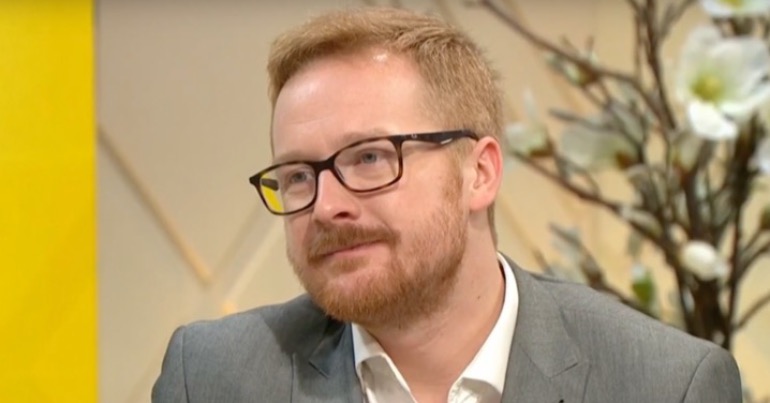 How MPs are chosen is a key battle for who controls the party between the Labour left and right.

Lloyd Russell-Moyle, one of Labour’s new MPs from 2017, has voluntarily set a new democratic standard for picking Labour MPs in his constituency.

Why is Labour asking MPs if they’re standing for re-election?

As reported by the BBC, Labour is preparing for a possible general election. And so it has written to all current MPs asking if they plan to stand for re-election. Candidates must reply to this request by 8 July.

However, Labour’s new trigger ballot system adopted in September 2018 paves the way for the possible deselection of unpopular MPs. Under the so-called “33% model” only a third of local party branches (or affiliate trade union branches) would need to disapprove of their current Labour MP to trigger a new contest. This would mean a new election taking place to pick a preferred candidate.

This system differs from mandatory reselection which would mean an automatic open contest to select a candidate before each election.

One Labour Co-operative MP has gone above and beyond the requirements of the new system: Russell-Moyle from the Brighton Kemptown constituency.

As he declared on Twitter, Russell-Moyle has vowed not to confirm standing for re-election until he has consulted with local Labour Party members to ensure he has their support:

On Monday all MPs were sent this form to ask if they wanted to recontest their seats as the @UKLabour candidate. I don’t feel comfortable ticking yes without the support of my CLP pic.twitter.com/gEB0ZSvHVG

He’s even gone so far as organising an online ballot of members:

Tonight @KemptownLabour members will receive an online ballot from a third party company asking if I have their confidence.

He also explained why he felt it was the right thing to do:

In the snap 2017 general election I was imposed as the candidate by the NEC and when I was I pledged to seek the confidence of members before I sort to restand in the subsequent election https://t.co/ZO5HlZpMko

Russell-Moyle’s gesture has been roundly welcomed on social media:

This is what real politicians are made of. Good on you Lloyd.

.@lloyd_rm is the real deal. Smart, radical, and without the entitlement of some of his parliamentary neighbours 😉

He’s also a regular #TyskySour! Watch him in coversation with me and @ShellyAsquith earlier this week -> https://t.co/sO7LtclJGh https://t.co/AvCrCU0TNS

Another, who had originally applied to be a candidate to contest Russell-Moyle’s seat in the 2017 general election, also praised him:

I applied to stand in the 2017 election in your seat. Although I was disappointed not to be able to stand for the party, I have not been disappointed in you. You are a credit to Brighton and to the left of labour.

Peter Kyle, the Labour MP for the neighbouring constituency of Hove, reacted differently to the reselection process.

Yes, I will be a candidate at the next election.

Then, as always, it’ll be for our whole community to decide what happens next pic.twitter.com/SIM7xSHkKl

His written note stating he’ll “be a candidate at the next election” is open to interpretation.

Matt Thomas on Twitter thought it was a display of arrogance:

A perfect example of the imbalance in Labour's PLP.

The arrogance of Peter Kyle presuming he's a shoe in to be selected.
The respect of Lloyd Russell-Moyle realising he's nothing without local activists.

Neighbours in constituency, but a million miles apart in class. pic.twitter.com/MffJIGNtD5

Kyle has frequently found himself in spats with Corbyn-supporting members of his local party. And the local press around Brighton & Hove has reported calls for him to be deselected.

Battle for the heart of the party goes on

Before 8 July, there’s a big opportunity for members to challenge sitting Labour MPs they are dissatisfied with. And if pursued with energy, it could mean the removal of right-wing elements in the party.

Left-winger Russell-Moyle’s open, democratic approach to this process sets a new benchmark for accountability. And although many MPs talk about their democratic credentials, few put their money where their mouth is, as he has.