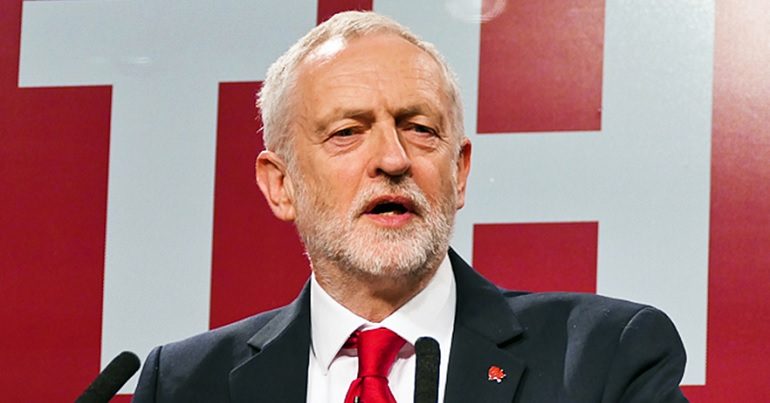 Labour leader Jeremy Corbyn has slammed reported claims by senior civil servants that he’s “too frail” to be prime minister. The smear, he suggested, is the latest ‘establishment attack’ against a progressive Labour government-in-waiting. And he called for “a thorough and independent investigation” into the supposedly impartial civil service as a result:

There must be a thorough and independent investigation into senior civil servants trying to undermine the next Labour government.

The establishment, worried about our plans to redistribute wealth and power, is stepping up its attacks. Our movement stands together. pic.twitter.com/JpeSZJSbLp

In his letter to cabinet secretary Mark Sedwill, Corbyn said the civil servants’ comments in Rupert Murdoch’s Times were “based on false assumptions, should not be taking place, nor shared with a newspaper”. And he insisted:

For there to be trust in any investigation, there need to be assurances on its scope and independence.

For him, that meant:

a speedy and thorough independent investigation, rather than one carried out by the Cabinet Office.

Corbyn: ‘The rich and powerful are worried’

On 1 July, Corbyn had said of the latest establishment attack that:

The rich and powerful are so worried about a Labour government redistributing wealth and power that they’re stepping up their attacks on me, those close to me, my staff and our movement.

And he called for unity in the face of these attacks:

The rich and powerful are so worried about a Labour government redistributing wealth and power that they're stepping up their attacks on me, those close to me, my staff and our movement.

The answer is to come together to deliver real change and hope to all our communities. pic.twitter.com/HQz3t97Iw1

Labour MP Laura Pidcock agreed, stressing that the new attack suggested “a fear of the Labour agenda” among some senior civil servants.

According to the BBC, meanwhile, one former senior civil servant believed the smear did “more harm to the civil service” than to Corbyn.

Shadow cabinet office minister Jon Trickett was also damning in his critique of the Times smear. He called it an “undemocratic and unconstitutional public intervention”. And he argued that:

The professionalism and objectivity of our public servants has been admired, many throughout the world, and it’s a cornerstone of our democracy. But there must be no hesitation at all to condemn the kind of behaviour reported.

My point of order in the House moments ago. Civil service neutrality is a cornerstone of our democracy. We must not tolerate unconstitutional interventions based on falsehoods. Jeremy4PM @jeremycorbyn pic.twitter.com/gQE9vYHCtg

Both Corbyn and Trickett are right. Because the apparent intervention of senior civil servants – in league with odious mogul Murdoch – is utterly unacceptable. And to restore any sense of trust in civil service neutrality, we should expect nothing less than a thorough independent investigation.

We expect rich and powerful elites to do everything they can to stop Corbyn; because he’s the most progressive leader of a mainstream party in a very long time. But we should expect and demand so much better from our civil service.