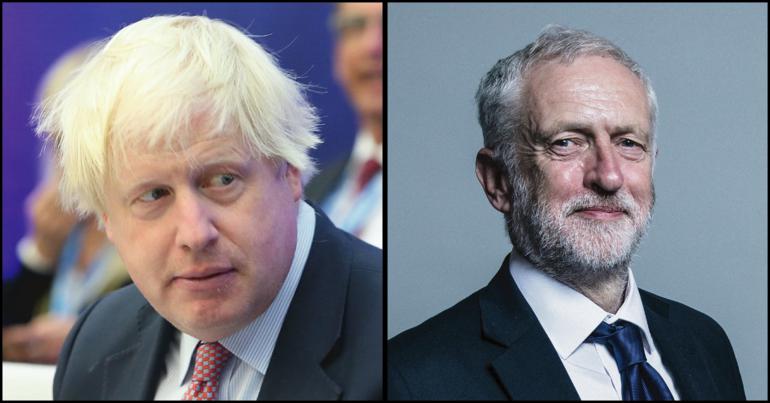 According to the Times, Boris Johnson is plotting an early election if he becomes PM:

Although it’s presented as a plan to take advantage of Labour’s current “state”, many of Labour’s supporters are actually incredibly up for it.

“Labour in no fit state”

Mr Johnson has made clear that holding an election before Brexit has been delivered would be an “absolute folly”. Senior allies said, however, that planning was under way to go to the polls by the summer of next year.

Members of Mr Johnson’s team are concerned that getting legislation through parliament with a majority of three, as is expected after a by-election next month, could prove impossible.

[Sir Edward Lister]’s team is said to be preparing for a general election either being forced on the party in a vote of no confidence or Mr Johnson having to call a snap election once Brexit was delivered.

One senior member of Mr Johnson’s team told The Times: “There’s a desire to get this done while Corbyn is still around. Labour is utterly divided — Brexit is killing them. Labour is in no fit state to fight a general election.”

Sir Edward Lister worked as Johnson’s chief of staff at City Hall. According to the Times, he’s “charged with overseeing Mr Johnson’s first 100 days in power if he wins the leadership“.

If this story pans out to be true, there are some problems with the logic of it.

For a start – Labour has been deeply divided since Corbyn first became leader. That didn’t stop his critics, if nothing else, working to make sure that they got themselves re-elected in 2017.

Despite the current divisions, Labour is still coming out on top in several polls. The average currently sees Labour at 24% and the Conservatives at 23%:

Survation – the most accurate pollster in the 2017 election – recently put Labour six points ahead:

And speaking of the 2017 election, it’s worth remembering what happened there. Under Corbyn, Labour saw the biggest increase in vote share since 1945. The party went from 20 points behind to secure 40% of the vote. But how did it do this?

One important factor is that more stringent anti-bias practices restrict the media during an election. Reports showed a clear bias against Corbyn before the 2017 election. Media guidelines during the election meant the two main parties fought on a more equal footing. This worked in Labour’s favour. It turned out that when the party’s policies were presented to the public, they proved incredibly popular.

It’s unclear what the Conservatives under Johnson will offer to counter Labour’s policies. It is clear that since the narrow Conservative victory in 2017, conditions for many Britons have only worsened.

Factoring in the above, many people are excited about the prospects of an early chance to ditch the Conservatives:

Boris Johnson wants to call an early General Election does he? Let's do this. pic.twitter.com/QMWfnOiBEK

Murdoch’s Times are claiming their man Boris Johnson plans to call a snap general election to ‘finish Corbyn off’.

The last person that tried this is picking up her P45 next week.

Bring it on. We will win.

Let me remind you at the 2017 election, Labour reduced his majority in Uxbridge and South Ruislip from 10,695 to 5,034 after the party increased its vote by 13%

The fight is on pic.twitter.com/aX0Eu5SaJF

Johnson is preparing his election team as we twit. #kakistocracy pic.twitter.com/Fs8rYJ5Zbi

In 2017, Labour got to 40% after starting 20 points behind. If Johnson called an election tomorrow, Labour would start its campaign in the lead.

It’s easy to see why many people fancy Labour’s chances.