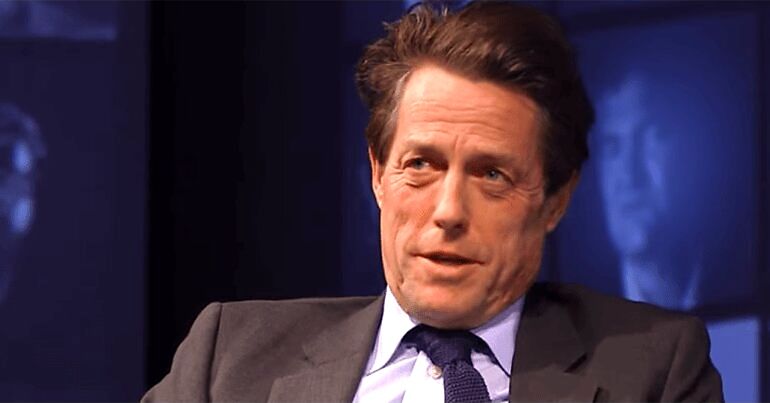 Grant, a British household name, accused the paper of launching attacks against the Labour leader at the behest of its owner Rupert Murdoch:

Once a newspaper. Now Psy-Ops for powerful vested interest. Once held power to account. Now is power, and is not held to account. https://t.co/c1pXX4gsJk

Grant doesn’t just save his criticism for the right-wing press. In July 2018, he branded the Conservative government:

The actor was referring to the treatment of disabled people by the Department for Work and Pensions (DWP). After investigating the DWP’s policies, the UN has warned that the Conservative government is presiding over “grave” and “systematic” violations of disabled people’s human rights.

The Labour press office has repeatedly slammed the Sunday Times for “seriously misleading” front pages and stories about Corbyn and the party. In April, Labour accused the paper of selectively editing emails:

And selective use of leaked of emails has excluded information in the same email chains showing the opposite of what is alleged in the article. pic.twitter.com/uvlSPwF5KP

And in November 2018, Labour called out more false claims:

These claims by the Sunday Times are false.

John McDonnell wasn’t contradicted by our tweets or Jeremy’s spokesperson; he was explicitly supported. pic.twitter.com/NMYDCr4XWn

Another example comes from September 2018, when the opposition criticised the Sunday Times for repeating “discredited” allegations about former Labour leader Michael Foot:

Contemptible re-airing of false and preposterous claims by a discredited former double agent for which Michael Foot, when still alive, won significant damages from the Sunday Times. pic.twitter.com/zatyR4sQbi

There are a number of reasons why billionaires like Murdoch may want to fend off Corbyn. Among Murdoch’s financial interests is Genie Energy, where he sits on the advisory board. This is a major oil company with global fossil fuel interests, including in the Israeli-occupied Golan Heights. Recently, Donald Trump unilaterally recognised Israel as the owner of the territory, ignoring the UN which condemns the illegal occupation.

Under Corbyn, Labour plans to roll out publicly owned, locally controlled renewable energy firms to compete with private energy in the UK. And Corbyn is a longstanding opponent of Israel’s colonial occupations in the Middle East.

A Corbyn-led government is a direct threat to Murdoch’s commercial interests.

So, for Grant, it’s no surprise that Murdoch’s newspapers are attacking the leader of the opposition. The billionaire does not want Corbyn to undo the establishment’s cosy set up.