Lawyer beat oil giant in court, but now faces jail and millions in fines - The Canary 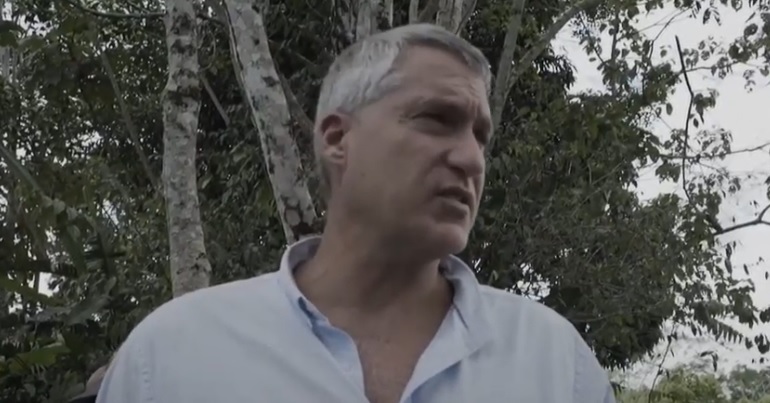 From 1964 to 1990, Texaco (later absorbed by Chevron) dumped 16 billion gallons of toxic waste in Ecuador’s Amazon. The CIA played a key role in bringing to power the dictatorship that first allowed Texaco to work in Ecuador. Philip Agee, the great whistleblower of that era, described CIA tactics in Ecuador in his 1975 book Inside the Company: CIA Diary.

Chevron demands Ecuadorian jurisdiction, gets it

In 1993, US lawyer Steven Donziger filed a lawsuit against Texaco in New York on behalf of the Ecuadorian victims of the dumped toxic waste. These were thousands of very poor people who lived in the affected area. The oil giant spent nine years fighting to have the case moved back to Ecuador. In 2002, Chevron prevailed. US courts ruled that the case belonged in Ecuador. But the battle soon took an unexpected turn.

Under the government of Rafael Correa, who was first elected in 2006, Ecuador’s judiciary changed. It was no longer one that would easily defer to wishes of a huge US-based company. Chevron was found guilty in a provincial court. The case held up on appeals all the way to Ecuador’s Supreme Court in 2013. The victims were awarded $9bn in damages. Chevron’s revenues have ranged from $100bn to $200bn per year depending on oil prices.

Chevron loses, demands US jurisdiction, and gets it

Chevron ran back to US courts to attack Donziger. A New York judge, Lewis A Kaplan, brushed aside Chevron’s promise to abide by Ecuadorian jurisdiction. He ruled that the lower court victory in Ecuador was won by Donziger using corrupt means. What about the appeals in Ecuador’s higher courts? Kaplan simply declared that Ecuador’s judiciary could not handle a case like this fairly. Did Kaplan say the company had not contaminated the Amazon? No. He simply said it was irrelevant to Chevron’s allegations against Donziger. Why didn’t a jury rule on this case? Chevron manoeuvred around facing a jury by not seeking monetary damages from Donziger.

No jury, and a disgraced star witness

Chevron’s star witness against Donziger was a defrocked judge named Alberto Guerra. Chevron paid him $2m in benefits for his testimony. Guerra has also admitted to lying in Kaplan’s courtroom. Kaplan recently said that Guerra’s testimony was “far from indispensable”. But Guerra’s name appears 13 times in the table of contents to Kaplan’s ruling alone, and an average of about once per page in the entire document. Kaplan’s ruling held up on appeal, though. So he is now able to pursue Donziger more ferociously – much to Chevron’s delight. Donziger said in an email:

Kaplan issued yet another order threatening my imprisonment unless I turn over my computer, cell phone, and passwords to Chevron and give up my passport and therefore my right to travel to meet my clients and generate support for the case. I’m really struggling with this as I believe the order is illegal and an attempt to punish me for forcefully challenging Chevron’s corruption that appears to have taken place in Kaplan’s courtroom… Kaplan has fined me millions of dollars during the pendency of my appeal.

This case seems to be a perfect example of people being persecuted for holding powerful corporations to account. And that is utterly unacceptable.

For more details, read this and this.