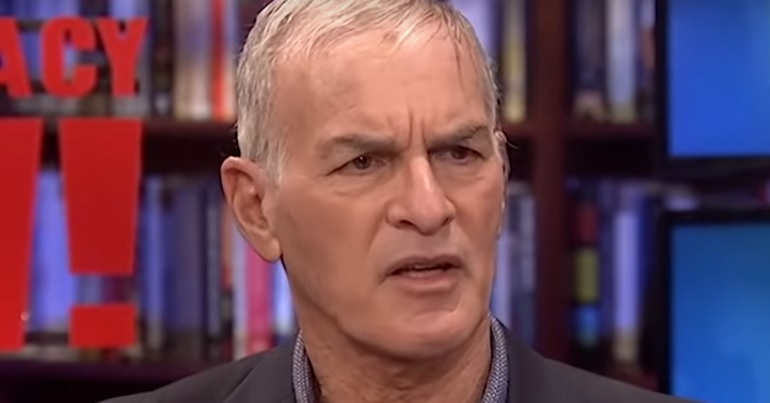 The Canary has been consistently exposing the shameless use of antisemitism as a political football to attack Labour leader Jeremy Corbyn. In recent weeks, for example, ex-MP Clare Short and Jewish-Canadian psychologist Gabor Maté have come to Corbyn’s defence. Prof Norman Finkelstein, a prolific scholar of the Israel-Palestine conflict and son of Holocaust survivors (whose entire extended family died in Nazi death camps), has also been outspoken on the issue. And he recently issued a searing attack on the smear campaign’s orchestrators.

Speaking at an event at the Portland State University in Oregon in April, Finkelstein said:

There has been a very sinister alliance between the Jewish groups who are acting as Israeli agents in British society and British ruling elites who dread the prospect of a Corbyn victory.

What you have in the UK is an unusual phenomenon. Because historically…, the mainstream Jewish groups, they play the antisemitism card every time Israel faced a public relations debacle for one of its periodic massacres [of Palestinians]. And it would start charging all the critics of being antisemitic, which is a familiar and old tune. However, now, in the case of Corbyn, the British ruling elites decided, ‘let’s join in with these Jewish groups who are acting at Israel’s behest, but let’s use that charge to try to discredit Corbyn so that he won’t get elected’ – [and they’re doing it] not because they care about Israel, but because they care about preserving a status quo from which they have benefited.

Finkelstein also pointed to how the mainstream media, across the political spectrum, has essentially gone along with this narrative:

From the Guardian newspaper on the so-called left, to the Daily Mail on the so-called right, and everything in between – BBC, Sky News, the Times – they’re all claiming that Jeremy Corbyn is a dyed-in-the-wool antisemite, and that antisemitism has been ‘institutionalised’ in the Labour Party… which is kind of looney if you know you he is and what he stands for.

Finkelstein, however, was critical of Corbyn’s Labour for not being strident enough in denouncing the smears against it. He said:

Right now in the UK, the Labour Party – in order to deflect the allegation of antisemitism – has been carrying on all these purges of alleged antisemites in the party, many of whom I know by reputation, and the allegations are completely nuts. But the Labour Party, in my opinion, [has gone along] stupidly believing you can appease these forces and stupidly believing it has anything to do with antisemitism. It has nothing to do with antisemitism.

He also suggested that a similar process is likely to take place in the US against Bernie Sanders:

what’s happening in the UK is basically a dress rehearsal for what’s going to happen here [in the US against Bernie Sanders].

“Corbyn is the real deal”

Corbyn is the real deal. Bernie [Sanders] is basically ‘Corbyn-lite’, which is not bad because Corbyn’s really, he’s the real deal. He doesn’t like the idea of homelessness in this world. He’s not the kind of guy who thinks it’s enough to put a dollar in their cup on your way to [your holiday house].

Finkelstein’s words won’t stop the ongoing smear campaign against Corbyn. But someone with his stature and background coming to the Labour leader’s defence surely chips away yet again at that campaign’s credibility.