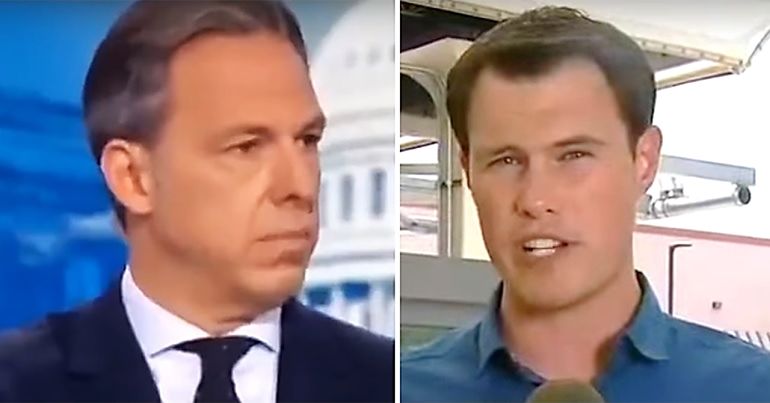 The US corporate media gives far-right terrorism much less attention than it merits. And its weakness in tackling the roots of such terror is clearer than ever after the horrific El Paso massacre of 3 August.

The white supremacist terrorist killed 22 civilians, mostly of Latin-American descent. He reportedly “set out to kill as many Mexicans as he could” after posting a document saying “this attack is a response to the Hispanic invasion of Texas”.

Rupert Murdoch‘s Fox News is the mouthpiece of the US hard right and its current leader, Donald Trump. And after the latest act of far-right terror, people stressed that Fox and Trump have consistently fearmongered about a supposed ‘immigrant invasion’:

Let's all be really clear on this:

The shooting in El Paso was a terrorist attack targeting Latinx people. It was spurred by the same white nationalist ideology that is promoted by the President of the United States and mainstreamed by Fox News.

We must come together as a nation to reject the dangerous and growing culture of bigotry and hatred espoused by Donald Trump and his allies. https://t.co/ENTXOPghex

El Paso shooter: “This attack is a response to the Hispanic invasion of Texas.”

Tomi Lahren today: We shouldn't assign blame or point fingers about this

Lahren 3 months ago: This isn't just a migrant caravan, this is an invasion. Every American watching should be infuriated
🤔 pic.twitter.com/xoLDYp8YdE

During the “migrant caravan” humanitarian crisis in 2018, for example, Fox pushed conspiracy theories about a ‘criminal invasion’:

“It is a full-scale invasion by a hostile force” –@michellemalkin reacts to the migrant caravan, and discusses the need for the border wall pic.twitter.com/ZrPTNbqBjI

And it was even scaremongering about immigration as the El Paso massacre was taking place:

In the most darkly ironic moment of TV history, FOX News interrupts report from El Paso about a Mexican invasion to bring news of active shooter in the same city who was "defending" the US from Mexican "invasion". Wonder where he got that idea? #hellworldhttps://t.co/Y2OxWaMwLo

Many Gang Members and some very bad people are mixed into the Caravan heading to our Southern Border. Please go back, you will not be admitted into the United States unless you go through the legal process. This is an invasion of our Country and our Military is waiting for you!

According to Facebook's ad archive, Trump has run around 2,200 FB ads since May 2018 mentioning the word "invasion." Scrolling through, all of them seem to be about immigration. pic.twitter.com/0Q5TEewfL3

The Wall is under construction and moving along quickly, despite all of the Radical Liberal Democrat lawsuits. What are they thinking as our Country is invaded by so many people (illegals) and things (Drugs) that we do not want. Make America Great Again!

When you dehumanize and deride groups of people, you create a permission structure for violence against them!

No single factor explains the recent rise of right-wing violence, which has a long and bloody history in the United States, mostly directed against black Americans…

The rise of Trump both reflected the greater radicalization of right-wing voices [post 9/11] and heightened it. Trump rode to power in part on anti-immigrant and racist sentiments. At the same time, he elevated these concerns, with a regular track record of racist statements and hostility to Mexicans and other immigrants. Many white supremacists embraced Trump. Radicalization expert J.M. Berger found that the top hashtag for the alt-right is #MAGA.

Fascists and anti-fascists are not the same

While Trump has been leading racist attacks on Black politicians recently, he (and Fox News) has also been considering labelling anti-fascists (‘antifa’) as terrorists. This reflects his consistent attempts to suggest that fascists and anti-fascists are just as bad as each other. As the Pacific Standard reported, however:

Only 2 percent of the 372 Americans killed by domestic political extremists over the last decade were at the hands of so-called “radical left” extremists, according to data published by the Anti-Defamation League’s Center on Extremism; by contrast, 74 percent of those killings were committed by right-wing extremists, levels that have only grown amid a global surge in far-right activity.

In fact, far-right terrorism is now the deadliest form of terrorism in the US since 9/11.

Yet mainstream ‘liberal’ media outlet CNN didn’t exactly use the El Paso massacre to focus on all of the above. Instead, presenter Jake Tapper tried to compare far-right US terrorists to Palestinians resisting Israeli occupation (which has the full backing of Donald Trump and his hard-right allies):

Somehow Jake Tapper still finds a way to bring the Arab world and Palestinians into a conversation about WHITE SUPREMACISTS murdering innocent people. Disgusting. But hey, when someone shows you who they are, believe them. https://t.co/6R8jVwNvZy

One of, if not the, the vilest reactions to the shooting in El Paso.https://t.co/RXC4tuwJbA

Instead of meaningfully holding the powerful to account, corporate media outlets consistently help to demonise the people whom the powerful exploit, attack, and oppress. And after the El Paso massacre, the results of that rotten agenda are clear for everyone to see.