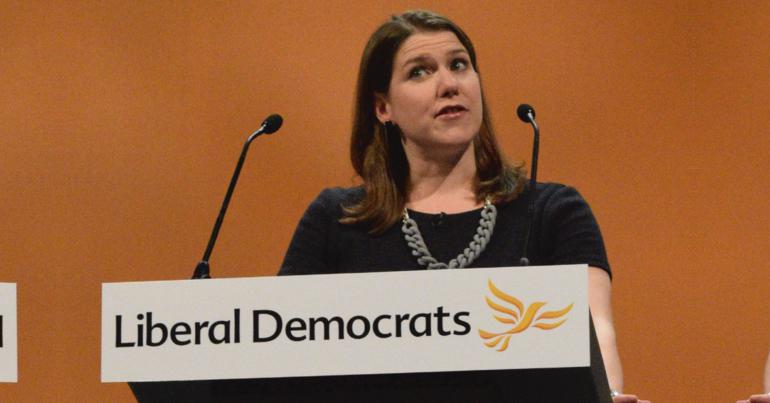 The Lib Dems are facing extreme ridicule after the party backed Tory Ken Clarke to lead a pro-Brexit interim government.

Extraordinary from the Lib Dems

What we need in a leader of an emergency government is a long-serving member of parliament who is respected on both sides of the House.

Someone like Ken Clarke or Harriet Harman – the Father and Mother of the House. They are hugely experienced and, unlike Jeremy Corbyn, or indeed myself, they are not seeking to lead a government in the long term.

But Clarke is offering to lead a “short-term” government to “sort out Brexit”, not hold a second referendum as is longstanding Lib Dem policy. Swinson’s party is supporting this soft-Brexit government, despite Corbyn’s plan. The leader of the opposition is offering to head an interim government that would call a general election, with a view to then hold a second referendum on any Brexit deal with Remain on the ballot.

This is very inconsistent from the Lib Dems. Other than Norman Lamb MP, the Lib Dems voted down Clarke’s proposition for a soft-Brexit customs union compromise back in March. It lost by just three votes. If it had passed, that could have avoided a Johnson government and unified parliament on a soft-Brexit compromise that polling has shown 60% of the public support.

What’s more, the idea that Clarke, a backbencher, could lead an interim government is surely a farce. Corbyn is the leader of the opposition. His party has 247 MPs and a membership of over 500,000. The next largest opposition party is the SNP with 35 MPs and around 125,000 members.

And the SNP has already expressed potential support for Corbyn’s plan, as has the Green party and Plaid Cymru. With that in mind, Corbyn already has 287 votes to bring down Johnson. 322 is the threshold, meaning he needs another 35 votes.

In a parliamentary democracy, the onus is on the Lib Dems, Change UK, and anyone serious about stopping no-deal to rally behind the leader of the opposition.

On social media, the Lib Dems faced widespread ridicule for their inconsistency:

The Liberal Democrats under @joswinson have ended up in the ridiculous situation where they support Tory Ken Clark for PM, who would renogiate Brexit, but without a referendum; rather than Jeremy Corbyn and Labour, even though we're totally committed to a Public Vote with Remain.

The Lib Dems want to install Ken Clarke as PM

Therefore the Lib Dems are, in fact, pro-Brexit

Then they forgot to ask whether he supports their main policy.

Not sure what the rationale for Ken Clarke as the Lib Dem's first choice as caretaker PM is other than he isn't called Jeremy Corbyn. https://t.co/u9iLE7Krh3

Just to be clear Labour offered the Lib dems and the Change lot a way to stop Brexit and they are turning it down. It's a tried and tested constitutionally recognised route. They are saying no.

Someone please explain to me how a political party with 14 MPs (Lib Dems) or one with 5 (ChangeUK) is trying to dictate who the leader of the opposition should be.

I have more people in my Friday football WhatsApp group.

The Lib Dems have proved once and for all that they are the stop-Corbyn party, not the stop-Brexit party. Their inconsistency is frankly embarrassing.