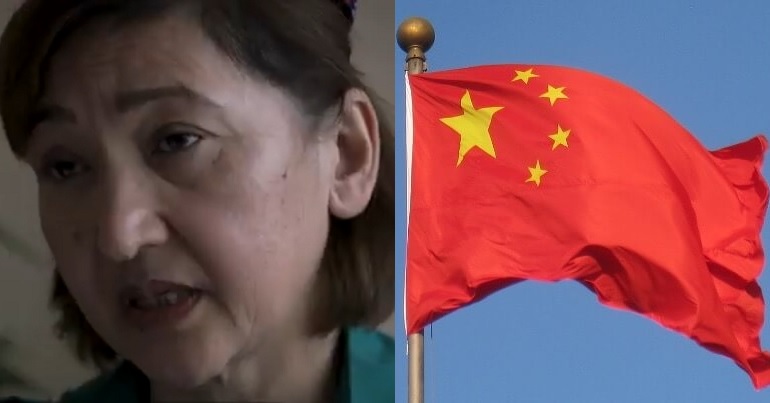 Survivors from detainment camps in China’s Xinjiang province have shared their experiences. These include stories of torture and forced sterilisation.

Gulbahar Jalilova spoke to media outlet France24, describing how authorities packed around fifty women and girls in a cell. They also injected them regularly with unknown drugs. In a short film produced by Coda Story, Jalilova also mentions they had to take medicines every day. But they couldn’t ask what these medicines were:

We were not allowed to ask what drugs they were. We had to just swallow them. We often saw girls faint. It became so normal, our hearts no longer ached for them. We were neither dead nor alive. They turned us into this. With their drugs and their injections. When younger women first arrived, they still had their periods. But after two or three months, their periods stopped.

Jalilova also describes how she had to write patriotic letters in support of the Chinese Communist Party. Guards intimidated her and other detainees and told them authorities in Beijing were watching their every move. They released Jalilova after fifteen months. She now lives in Turkey.

A Woman's Life Inside China's Digital Gulag: Gulbahar Jalilova, a citizen of Kazakhstan, spent fifteen months in one of China's concentration camps for ethnic Uyghurs & other Muslim groups. She tells the story of life in Chinese detention & the women she met there. @CodaStory pic.twitter.com/vvxVKT34pS

Another survivor, Mihrigul Tursun, similarly reported being tortured and taking medication against her will. Speaking to Amnesty International, she described feeling tired and depressed after being forcibly medicated. She now lives in the US, where doctors have told her she has been sterilised.

In her testimony to the US Congress, Tursun describes being repeatedly tortured and humiliated during her time there. She also shares how guards in the camps would mock her religion.

The Canary reported on the situation in China in September 2018, as news was beginning to gain attention in western media. Some Chinese media described them as “vocational training centres”. According to the UN, China is now detaining over one million citizens from minority groups.