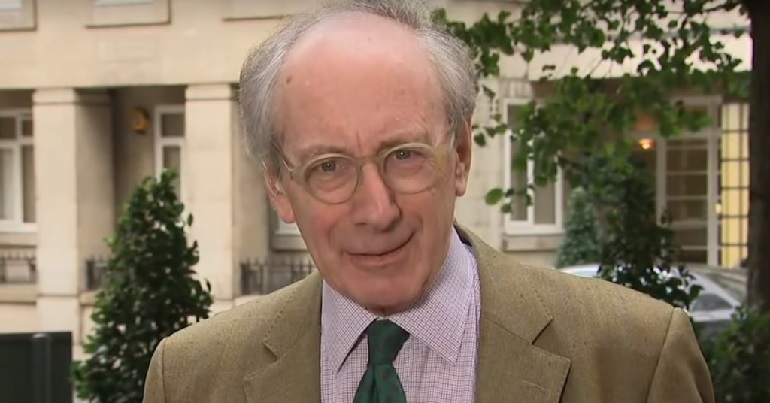 On 18 August, a former Conservative Party minister stressed that a general election is the best way to break the parliamentary “logjam” over Brexit.

This came as the Sunday Times published leaked government documents showing (yet again) that a no-deal Brexit could lead to a lack of food and medicine. As a senior source at Whitehall told the paper:

this is the most realistic assessment of what the public face with no-deal. These are likely, basic, reasonable scenarios – not the worst case.

‘If Johnson can’t persuade MPs to back a no-deal Brexit, he should call a general election’

Malcolm Rifkind, who was a Conservative minister in the 1990s, told the Ridge on Sunday programme:

it’s perfectly legitimate for Boris Johnson to say, ‘I think no-deal is in the public interest’. That’s the government’s judgement. But they have to persuade members of parliament. If they can’t persuade them, then there is a logjam. How do you resolve that logjam if you’re a parliamentary democracy? You appeal, ultimately, to the electorate through a general election.

He adds there only needs to be "a small number" who rebel and "it seems likely the numbers are there".

Who backs a no-deal Brexit?

A no-deal Brexit is apparently the preference of the far right. It seems to be the preferred option of Boris Johnson’s hard-right government, for example. And the Trump administration in the US is very enthusiastic about it.

In short, as openDemocracy has documented as part of its in-depth investigations:

a powerful, elite network wants to turn Britain into even more of a low-tax, offshore haven than it already is, and make more money from it.

And a no-deal Brexit would serve this aim perfectly. According to openDemocracy, this would also:

allow our public services to be flogged off on the global market – the next stage of the Great British Asset Striptease.

Statistics suggest, however, that only a minority of the general public want a no-deal Brexit.

Jeremy Corbyn’s Labour Party, meanwhile, believes that a no-deal situation is “the worst possible deal for Britain and that it would do damage to our economy and trade”. That’s why Corbyn recently laid out a plan to unite MPs opposed to a no-deal Brexit in order to defeat Johnson’s hard-right government. He would launch a vote of no confidence in the government, and then lead a temporary government to delay Brexit and call a general election. Next, as The Canary reported previously:

Labour would campaign in that election for a second referendum on EU membership with the option to Remain being available to voters.

As even Conservatives like Rifkind have pointed out, the choice to solve the parliamentary logjam is clear. The public must have the final say in a general election. And MPs must give them that opportunity. That means backing Corbyn’s plan and letting the British electorate choose: do we want an elitist, tax-haven Britain, or do we want something completely different?