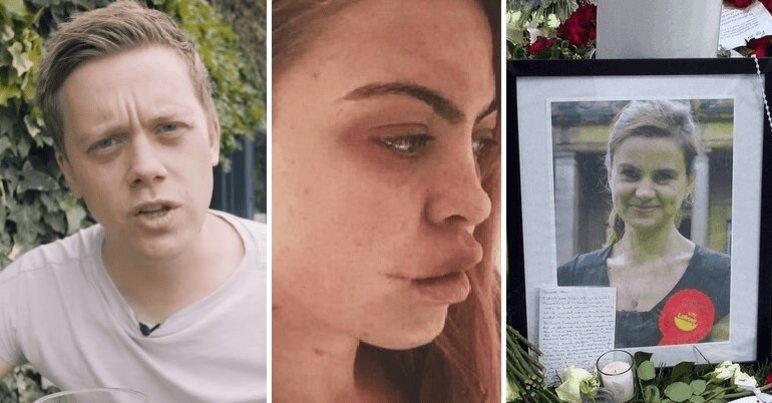 When it comes to politically motivated violence in the UK, the assault against Owen Jones is the tip of the iceberg.

Free market capitalism is broken and child poverty, for instance, is rising sharply across the board and is above 50% in 10 UK constituencies.

This is fertile ground for a far right ascendancy, as the rise of politicians like Donald Trump, Jair Bolsonaro in Brazil and Viktor Orbán in Hungary shows.

With centrism collapsing worldwide, there is a political vacuum that the far right is ready to fill unless people offer an alternative vision.

It was clearly a premeditated attack and I was their target. They all attacked me and only assaulted my friends when they tried to defend me.

We were about 30 metres away, saying goodbye to each other, when four men charged directly towards me: one of them karate kicked my back, threw me to the ground, started kicking me in the head and back, while my friends tried to drag them off, and were punched trying to defend me.

And he quickly flushed out a root of the problem:

They are being radicalised by mainstream politicians and a disturbingly large segment of the mainstream media.

But the worrying attack on Jones is part of a wider trend in political violence. In October 2018, thugs brutally attacked Jade Unal after she had attended a Labour talk on Brexit, forcing both her and her daughter into temporary accommodation. They left Unal needing stitches and bloodied up.

They were calling me a ‘Labour c***’, a ‘posh snob’, ‘you think you’re better than everyone else’. They said they knew where I lived. It was horrific.

Before I knew it they were laying into me, screaming. They knocked me out and kept on kicking me even while my mum tried to defend me.

Like Jones, Unal took aim at politicians and the media for feeding far-right rhetoric:

The right-wing media, Brexit, Trump, the Conservatives, BNP, UKIP, Britain First and the EDL have contributed to this level of growing hatred. When will people be held responsible for their unfettered hate speech, which encourages others to think they can use violence if they do not agree with others’ political views?

The Conservative government’s persecution and “psychological torture” of Julian Assange for publishing truthful information in the public interest is another part of this trend in UK political violence.

Mr. Assange shows all the symptoms of a person who has been exposed to psychological torture for a prolonged period of time. The psychiatrist who accompanied my mission said that his state of health was critical.

Mr. Assange has been deliberately exposed, for a period of several years, to progressively severe forms of cruel, inhuman or degrading treatment or punishment, the cumulative effects of which can only be described as psychological torture

Here we are not speaking of prosecution but of persecution. That means that judicial power, institutions and proceedings are being deliberately abused for ulterior motives

Assange is facing extradition to the US over an indictment that criminalises journalistic activity relating to source protection and story hunting.

On 16 June 2016, Thomas Mair shouted “Britain First” as he shot and stabbed Labour MP Cox while she was going to meet her constituents in West Yorkshire.

Cox was a campaigner for the rights of refugees. She was murdered for her politics.

At the time, far-right Brexit politicians were claiming that “swarms” of refugees were going to enter the UK. Farage had unveiled his infamous “breaking point” poster that many people said resembled Nazi propaganda:

Chris Williamson MP recently faced a campaign of abuse and harassment. People politically opposed to the MP for Derby North issued “threats of violence” against staff at Friend’s House in Brighton, where Labour members were planning to host Williamson.

The event went ahead, but in open air after three venues cancelled as a result of the campaign. Williamson spoke about tackling “the outrageous levels of poverty and inequality” by way of “a democratic socialist economy”.

As well as minorities and vulnerable people, the far right will target its political opponents. With the assault on Owen Jones, we must be extremely cautious about the potential human cost of a far right resurgence. And we must never let it silence us.