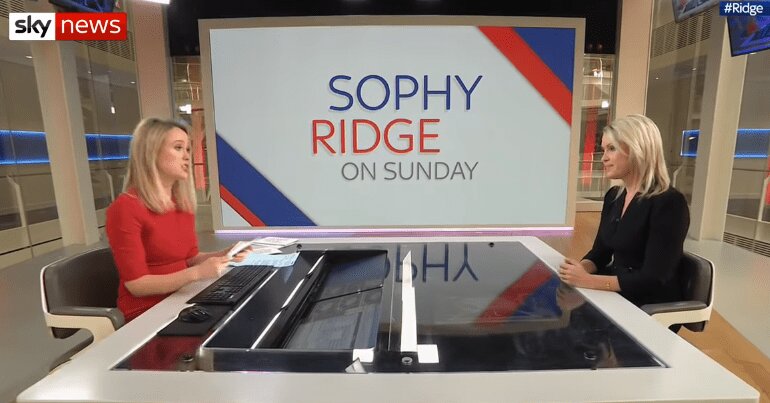 “Refused to give assurances” about US extradition

Speaking to Sophy Ridge, Robinson pointed out an inconvenient fact:

All these people saying he was hiding from Swedish justice. If that were the case, why didn’t he walk out the embassy two years ago when this case was dropped?

Sweden’s prosecutors dropped their investigation into rape and sexual assault allegations against Assange in May 2017 (note: this does not affirm his guilt or innocence). Former director of public prosecution Marianne Ny said this was because it was “not possible to take any further steps that would move the investigation forward”.

The former WikiLeaks editor gave his testimony to Swedish prosecutors in the Ecuadorian embassy before they dropped the case. Assange has long denied the accusations and his detailed statement can be found here.

Despite Sweden dropping the case, Assange remained in the embassy. Robinson says that’s because he sought refuge in the embassy over fears of extradition to the US, not Sweden:

I’ve been working on his case since the initial Swedish request came through. We’ve been warning since then that he would face the risk of US extradition for… his work associated with WikiLeaks publications… We warned for years and that is precisely what has happened… He was granted asylum in the Ecuadorian embassy because of his concern about this risk… He has always cooperated with the Swedish investigation. He remained in Sweden to answer questions, we offered his testimony before they sought his extradition and we continue to offer his testimony. He only sought asylum inside the Ecuadorian embassy when Sweden refused to give assurances about onward extradition to the United States…

Correspondingly, Ecuador’s former president Rafael Correa recently repeated that it was “because his human rights [were] in danger” that he “granted asylum to Julian Assange”. And the UN special rapporteur on torture has reiterated concerns that Assange could face serious human rights violations in the US.

At the time, Amnesty International also called on Sweden to guarantee that Assange wouldn’t be extradited to the US. Amnesty’s senior director for research said in 2012:

If the Swedish authorities are able to confirm publicly that Assange will not eventually find himself on a plane to the USA if he submits himself to the authority of the Swedish courts then this will hopefully achieve two things.

First, it will break the current impasse and second it will mean the women who have levelled accusations of sexual assault are not denied justice.

It is vital that states show they are serious about dealing with allegations of sexual violence and that they respect both the rights of the women who made the complaints and the person accused.

The extradition treaty between the US and Sweden suggests that Sweden could have offered Assange assurances on the basis that it believed the US case concerned “a political offense”, “an offense connected with a political offense” or that there was a lack of evidence.

“This is about human rights abuses”

You say that it’s all about him worrying about being extradited to the US. But at the same time, it was the extradition to Sweden which was why he went into the embassy in the first place… the US wasn’t on the table at that point.

So Robinson reiterated her point:

There was a grand jury investigation that was opened back in 2010 and we were concerned about the risk of US extradition then. That concern has been proven correct this week.

And later she said:

This indictment that has come from the United States relates to his communications with a source about a major public interest publication. This is about… US spying on UN and European politicians. This is about human rights abuses and corruption the world over. This is about evidence of US war crimes, killing journalists. These are the publications that he is now facing extradition and prosecution over.

The US indictment does not concern any of the Swedish allegations. It specifically seeks to arrest Assange over journalistic activity relating to source protection and story hunting. So Robinson is quite right to warn about the dangerous precedent this could set. In order to maintain a free and open internet, we must resist this assault on press freedom with every fibre of our being.