Hillary Clinton ally suggests Assange is a ‘fascist’. But Twitter hits back. - The Canary 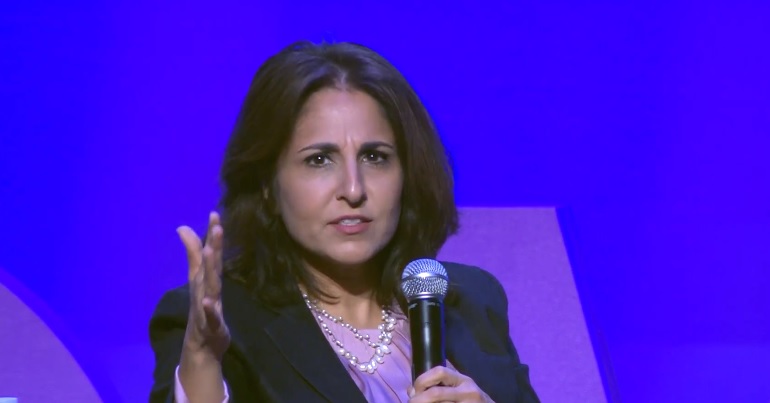 Neera Tanden, a long-time ally of former US secretary of state Hillary Clinton, has joined other establishment insiders in celebrating the arrest of transparency activist Julian Assange. Tanden, a self-proclaimed “progressive” and president of the Center for American Progress (CAP) thinktank, took to Twitter to suggest Assange’s behaviour had been “fascist”:

There are many cultists on this site, but the Assange cultists are the worst. Assange was the agent of a proto fascist state, Russia, to undermine democracy. That is fascist behavior. Anyone on the left should abhor what he did. Not celebrate it.

There are many cultists on this site, but DNC/Clinton cultists are the worst. Russiagate was the conspiracy theory of failed neoliberal elites to protect their power after losing to Trump & to keep undermining democracy, as they did to Bernie. They abhor Assange for exposing it: https://t.co/yOxSN1zwlF

I champion basic logic, which tells us that Barr somehow misrepresenting Mueller on collusion is a conspiracy theory to cover up for Mueller's rejection of your Russia one. You may think Russia "undermined democracy" — I think Assange's leaks show that to be an act of projection

There is no evidence that Assange or WikiLeaks work for the Russian – or any other – government:

In an article that raises some interesting points, @AndrewCMcCarthy asks why DOJ didn't also indict Assange for conspiring with Russia over its hacking, noting that had it done so, it would have been the only time they had to prove Russia hacking in court https://t.co/9um6mm5tga

Did you have any idea that @Wikileaks has released over 800K documents about Russia, most of them critical? And yet, the old canard from @HillaryClinton & others, "Why doesn't Wikileaks ever release anything about Russia?", usually goes unchallenged. Clueless or #VichyJournalism? pic.twitter.com/qK0HXsQRHo

Others were even blunter:

spreading truth is not fascism. pretending that the truth is a lie is fascism, and that's what you're doing.

Abhor transparency, free speech, actual journalism and willingness to face the truth? – got it. Guess if we all do that it makes your "job" of feeding us self serving BS much easier right?

Tanden’s use of Russophobic smears also ignores the fact that Trump’s government is seeking to prosecute Assange over his role in publishing the Iraq War Logs and Afghan War Diaries. Veterans for Peace UK (VfP UK) denounced what they called an act of ‘revenge’ for these disclosures, which:

revealed the true human cost of our wars in the Middle East.

Wikileaks acted in the public interest by releasing these documents and Julian Assange, as a journalist, was right to publish in association with newspapers including The Guardian, The New York Times, Le Monde, and Der Spiegel.

Calhoun linked to the infamous Collateral Murder videos published by WikiLeaks in 2010, exposing:

the indiscriminate slaying of over a dozen people in the Iraqi suburb of New Baghdad — including two Reuters news staff.

Iraq veteran and Democratic presidential hopeful Tulsi Gabbard, meanwhile, has warned that the US government is trying to send a message to the press and the public:

Be careful, be quiet, and fall in line.

Exposing wrongdoing by the government is the duty of the press. Unfortunately, the US doesn't have a functioning press. They are owned and controlled by the ruling class. I wouldn't expect anyone in your position to understand that though.

I'm confused. According to you, Assange was an agent of Putin colluding to elect Trump. But now Trump is arresting him and wants to try him in the US, where Trump officials are on record as wanting to kill him. Can you explain Putin's rationale for ordering this act?

Only problem- she's talking about DNC emails which were apparently leaked from inside the DNC, not Russia. Tanden was a Clinton supporter, so Wikileaks showing the DNC stacking the deck against Sanders makes her the underminer of democracy. https://t.co/50HYZkFiuv

Oh boo boo he published material that revealed you and Hillary to be craven operators who are not on the side of voters.

WikiLeaks also revealed that a key part of Clinton’s electoral strategy was to promote ‘extremists’ like Trump. This ‘Pied Piper’ strategy sought to ‘elevate’ Trump –  and other “extreme candidates” – on the hopes that they would win the 2016 Republican Party nomination.

many of the lesser known [Republican candidates] can serve as a cudgel to move the more established candidates further to the right. 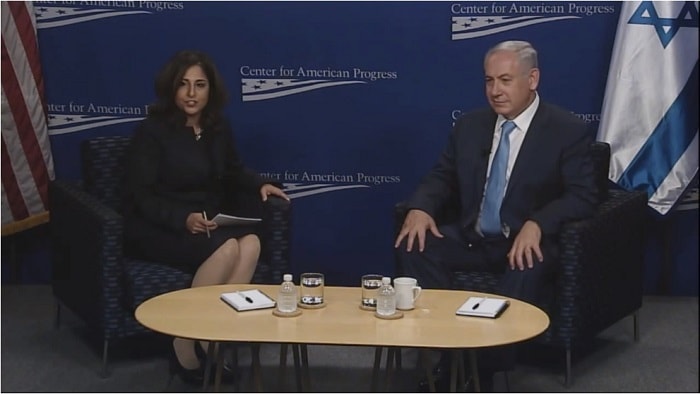 Tanden clearly has many reasons to hate Assange and WikiLeaks. But opposition to ‘fascism’ isn’t one of them.