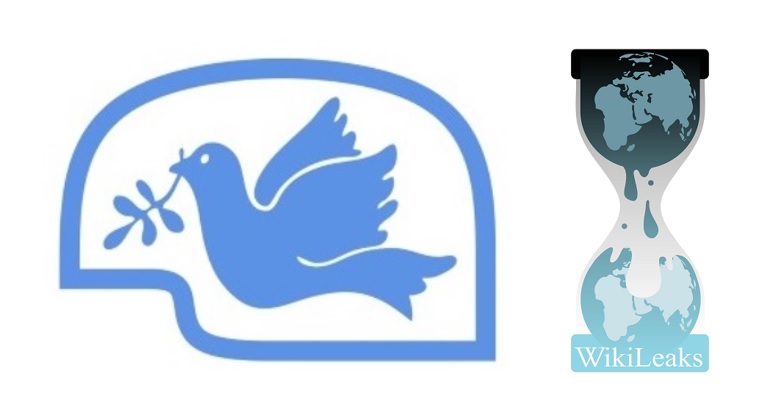 Veterans for Peace UK (VfP UK) have issued a statement denouncing the treatment of journalist and transparency activist Julian Assange as designed to “intimidate journalists”.

We believe the authorities are seeking a show trial for the purpose of revenge and to intimidate journalists.

Exposing wrongdoing by UK and US armed forces

The group also hailed the WikiLeaks release of the Iraq War Logs and the Afghan War Diaries, which:

The group of veterans of the British armed forces made clear that, from their perspective:

Without these documents, the public would have remained ignorant about the true number of civilian casualties and deaths, the torture and abuse of detainees, the killing of two Reuters journalists by US military personnel in helicopter gunships, the killing of Iraqi soldiers trying to surrender, and the abuses and civilian deaths caused by private military contractors.

VfP UK said they oppose the ‘criminalising’ of whistleblowing by the US and UK authorities. The organisation also took aim at the “insults the judge made at Westminster Magistrates Court about Assange” as reflecting a lack of “fair and unbiased treatment”.

The co-founder of WikiLeaks has been “arbitrarily detained” in the Ecuadorian embassy for over seven years, according to UN experts on arbitrary detention. He was subsequently arrested and removed from the embassy by the Metropolitan Police Service (MPS). The MPS has stated that:

UPDATE: Julian Assange has been further arrested in relation to an extradition warrant on behalf of the United States authorities. He remains in custody at a central London police station. https://t.co/rK3mtlsPBE pic.twitter.com/kipiWbflOh

‘No chance of a fair trial in the US’

VfP UK also said they believe that the “indefinite detention of Chelsea Manning and the persecution of Reality Winner and John Kiriakou have demonstrated that a whistleblower will not receive a fair trial in the US court system”.

They ended by calling “on our government to refuse the extradition of Julian Assange to the US, and to respect the rights of whistleblowers and journalists”.