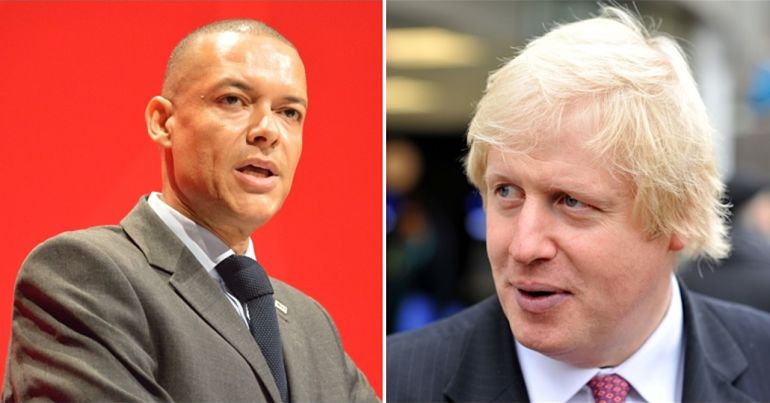 Labour MP Clive Lewis has thrown down the gauntlet to Boris Johnson over his plans to suspend parliament. Lewis vowed that “The police will have to remove us from the chamber”. He also called for people to “take to the streets”:

If Boris shuts down Parliament to carry out his No-Deal Brexit, I and other MPs will defend democracy.

The police will have to remove us from the chamber. We will call on people to take to the streets.

We will call an extraordinary session of Parliament. #PeoplesParliament

Lewis’s tweet came as #StopThe Coup and #GeneralStrike started trending on Twitter. Johnson claims that the suspension is purely in order to start a new session of parliament. But critics, including Labour leader Jeremy Corbyn, believe it’s an attempt to force through a no-deal Brexit. Shadow chancellor John McDonnell also described it as a “coup”:

Make no mistake, this is a very British coup. Whatever one’s views on Brexit, once you allow a Prime Minister to prevent the full and free operation of our democratic institutions you are on a very precarious path. https://t.co/9kwmw8i6E1

And even Change UK (or whatever name the ‘party’ is now calling itself) made probably its first-ever valid point:

Same here: we must stop this coup. The people and their Parliament must have a say.

The last time the executive picked a fight with Parliament it didn't end well for that leader, I think there is a plaque in Westminster Hall where the subsequent trial took place. https://t.co/Cw5TeGwTRx

If parliament is shut down & silenced on biggest issue of the day, we must take to streets in peaceful protest – and MPs must refuse to leave the Chamber & continue to sit as a #PeoplesParliament

We will not allow this coup to take place #BlockTheCoup https://t.co/cagrgDD7ww

If not now, when?

Lewis is right. Extraordinary times call for extraordinary actions. Direct action is needed – whether it’s MPs refusing to leave the chambers or mass protests in the streets.

This isn’t about whether you voted Leave or Remain – this isn’t about Brexit. This is about an unelected prime minister riding roughshod over our supposed democracy.

The question every one of us has to ask ourselves is: ‘if we’re not prepared to take action now, when is the right time?’ And then we have to ensure the response to this is massive.