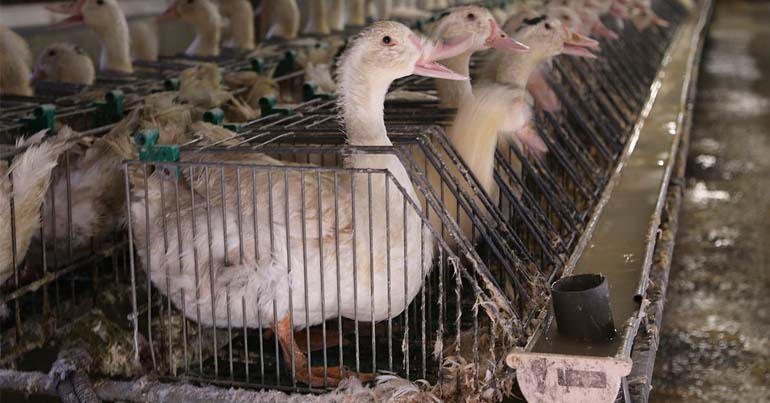 Labour has just published its newest Animal Welfare Manifesto. Its pledges are informed by public consultation and, as a result, tackles many conservationist and animal rights advocates’ concerns. And the public’s glowing response to the manifesto shows this.

ensure that government policy across Whitehall is continually informed and underpinned by the latest scientific evidence on animal sentience and best practice in animal welfare.

Hayman also criticises the Conservatives’ approach to animal welfare legislation. She describes their approach as “haphazard”, putting out “stand-alone policies” undermined by an agenda that “at best overlooks animal welfare and at worst seeks to turn back the clock”. Instead, Hayman says Labour’s vision for animal welfare is one where:

no animal is made to suffer unnecessary pain and degradation and where we continue to drive up standards and practice in line with the most recent advances and understanding.

Conservationists, animal rights advocates, and members of the public have welcomed Labour’s plans. Among those are high-profile figures:

This is at last being taken seriously thank you @CTBHunting for bringing this to all of our attention : Labour plans TOTAL ban on importing of wild animal trophies to UK  https://t.co/wBqDzJe4oh via @MailOnline

Chris Luffingham, campaigns director for the League Against Cruel Sports, said: “We commend the Labour party for issuing this strong animal welfare manifesto that clearly sets out what can be achieved in protecting wild animals.” https://t.co/KXSfVE7Eww

We welcome Labour's launch of their Animal Welfare Manifesto which includes a ban on the import of animal trophies.https://t.co/WZ5TWoWSse

And members of the public were pleased too:

Great to see some strong words by #Labour in their Animal manifesto. Let’s hope that other parties follow suit. https://t.co/Nlej3G6Q3V

From bringing forward the Hunting Act to protecting the treatment of domestic animals under the Animal Welfare Act, Labour has always placed the welfare of animals high on the policy agenda. 👇 https://t.co/pFGuisbyQ3 pic.twitter.com/HexhjdfzRH

Can you match this? @NicolaSturgeon @theSNP @BrendanOHaraSNP if not, my vote goes back to Labour. I want Scottish independence, but have been fighting for wildlife all my life. Scotland continues to pander to rich landowners and privileged shooters. Stop it now please.

On the other hand, some people highlighted concerns left out of the manifesto:

Why not ban greyhound racing?

I applaud the idea of making the ability to keep pets a legal expectation for tenants. I do have concerns that the section on zoos is a bit vague though, are there any specific issues you are aiming to address here?

But as one person pointed out, these promises could be the start of something much bigger:

Fully supportive as a first move towards holistic animal welfare

A spokesperson for the Labour Animal Welfare Society told The Canary that the manifesto shows real commitment to animals. It also highlighted the pledge to tighten the Hunting Act:

I am especially glad to see the commitment to strengthen the Hunting Act as recently the intent of the Law has been flouted by so called trail hunting, where packs of hounds rioting, chasing and killing is not prosecuted.Sue Hayman and the Labour Team stand with over 80% of the population who are opposed to fox stag and hare hunting and want the intent of the Hunting Act enforced.

Labour says it will close loopholes in the hunting ban to “enhance” the law. In particular, it will introduce a ‘recklessness’ clause, which makes hunts liable for killing even if it’s accidental. Labour says this would “prevent trail hunts being used as cover for the illegal hunting of wild mammals”. Anti-hunting activists have promoted this reform for years.

In recent weeks, the Tories have started presenting themselves as a party of animal welfare. Leader Boris Johnson has been vocal in his opposition to whaling, for example. And the government’s recent Environment Bill update promised “mandatory” requirements on developers for a “net gain” in biodiversity. But as Hayman points out, these are stand-alone policies that don’t reflect a wider advocacy for domestic, farmed and wild animals.

Should it get into government, we must hold the Labour Party accountable to its promises. Because if we do, it could be a real step forwards for our society’s treatment of animals.