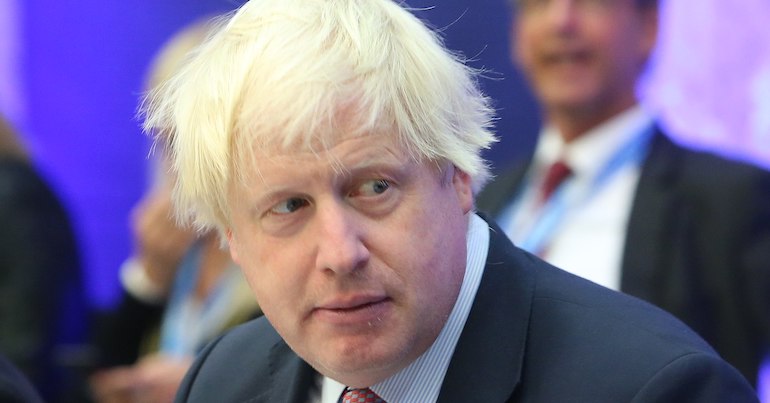 Boris Johnson’s government will ask the queen to suspend parliament. As the UK hurtles closer to the 31 October Brexit deadline, this looks very much like a coup.

Parliament’s due to return from the summer recess on 3 September. But on 28 August, news broke that Johnson will ask for a Queen’s Speech to take place on 14 October. What this means, in effect, is that as soon as MPs return they’ll only have two short windows from 3 to 9 September and from 14 to 31 October to either secure a Brexit deal or to pass a new one. The process of ending a parliamentary session is formally called proroguing parliament. The new session begins with a state opening and Queen’s Speech. The current parliament has been running since 21 June 2017.

In other words, Johnson’s launched a full-scale coup. Because proroguing parliament in this time frame also means MPs won’t have enough time to pass any new laws to prevent Johnson from forcing a no-deal Brexit through.

The BBC‘s Laura Kuenssberg noted this will prompt a “HUGE row”:

Others, meanwhile, confirmed details about this process and what it may mean:

NEW: I understand that the Queen will be asked to prorogue Parliament today at Balmoral. Three privy councillors will see her today (led by Lord Pres of Council, Jacob Rees Mogg) and ask for a prorogation in council for September 9th.

Proroguing Parliament until October 14 to ensure No Deal still possible is the most audacious and high risk move of Boris Johnson’s premiership. If he fails, likely to be mortally damaged. Also an admission that rebels would have succeeded. It’s winner takes all now.

Meanwhile, in a letter, Johnson casually confirmed he’ll close parliament at one of the most critical points in the UK’s history:

NEW: Here is Boris Johnson's letter to MPs about shutting down parliament. pic.twitter.com/RdW9ffDzbY

Make no mistake, this is a very British coup. Whatever one’s views on Brexit, once you allow a Prime Minister to prevent the full and free operation of our democratic institutions you are on a very precarious path. https://t.co/9kwmw8i6E1

If Parliament is silenced on the biggest issue of our time we must take to the streets in peaceful protest & civil disobedience. https://t.co/4CwyNxH8xo

SNP leader Nicola Sturgeon, meanwhile, said this would go down as a ‘dark day’ in history:

So it seems that Boris Johnson may actually be about to shut down Parliament to force through a no deal Brexit. Unless MPs come together to stop him next week, today will go down in history as a dark one indeed for UK democracy. https://t.co/68lFnEgiyr

Wasn’t this meant to be about “taking back control”?

The act of a cowardly PM who knows his reckless No Deal Brexit will never gain the support of MPs.

A constitutional outrage which Parliament & the people will oppose #BlockTheCoup https://t.co/3HEeOsJeVO

If Boris shuts down Parliament to carry out his No-Deal Brexit, I and other MPs will defend democracy.

The police will have to remove us from the chamber. We will call on people to take to the streets.

We will call an extraordinary session of Parliament. #PeoplesParliament

Boris Johnson will try to shut down Parliament next week in order to deliver a catastrophic no-deal Brexit. Running roughshod over our democracy in order to ruin the life chances of future generations. Disgraceful. It must be stopped. https://t.co/zu5STtfk71

This is a unconstitutional + undemocratic outrage not seen in recent British history. Pulls HM The Queen into major political crisis. Did Cabinet know or approve? How can a tiny meeting of just 3 be allowed to shut down our democracy? This will not stand. https://t.co/9K7XwUzJbP

Boris Johnson is trying to use the Queen to concentrate power in his own hands – this is a deeply dangerous and irresponsible way to govern https://t.co/UEn1isXbSp

This is an attempt to govern without parliament.

But as David Cameron’s former press secretary noted, if this move fails, it may also force the terms of an early general election:

I suspect Number 10 believes it has created a win win scenario with this explosive announcement. Yes – and they get Brexit by October 31st; No – and they get to fight a ‘people versus parliament’ general election. https://t.co/T3PlrALFml

Jeremy Corbyn warned that a no-deal Brexit would be a “Trump-deal Brexit”. As he also pointed out, it benefits the rich and creates a “potential goldmine for speculators betting against the pound”. As news broke, the pound slumped:

Well the latest announcement by the Govt has gone down well#StopTheCoup pic.twitter.com/6ZlevfuSWk

So, there seems no doubt that this is an unprecedented power grab from Johnson’s right-wing government.

Our democracy is being stolen by a bunch of millionaires playing politics with our lives.

Brexit didn’t have to be played as a zero-sum game. There could have been compromise. But, I suppose, a united electorate doesn’t serve the interest of those who’d rather snatch at power. https://t.co/kphA6lG2Fv

Politics needs to be put aside now and everyone needs to come together to #StopTheCoup. This is the act of a dictator not a diplomat. You can dress it up all you want about why he has suspended parliament. He has done it to force through no deal. #GeneralStrike

The 'prime minister' has finally come out as a dictator. I've had enough of being outraged. We must get rid of him and his loathsome gang as soon and as finally as possible.

This may force a general election even sooner than expected:

Prepare for a possible election being called next Thursday, 5th September, for 17th October. Those six weeks will be the fight of our lives to take wealth and power back from a greedy, entitled Establishment that looks only after its own – and has brought the country to disaster.

We’re now in new constitutional territory. In short: it looks like a coup and smells like a coup. So it really is time to resist.