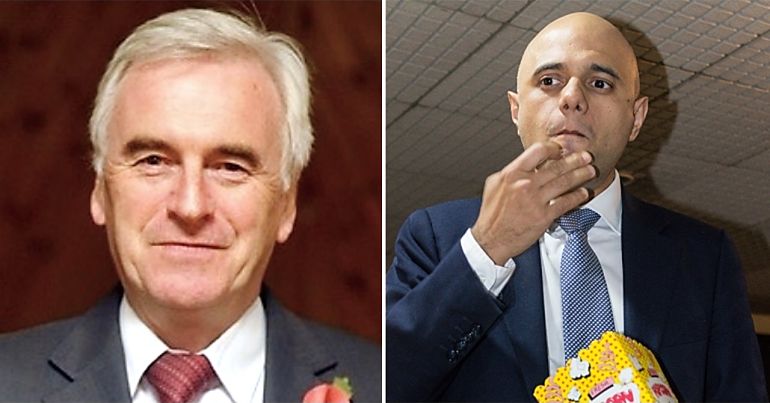 The chancellor Sajid Javid has announced he’s bringing forward the autumn spending review to 4 September. And while Javid claims that this will “clear the decks to let us focus on Brexit”, shadow chancellor John McDonnell nailed the real purpose of this early review:

Nobody is fooled that this is a Spending Review. It's a one off pre election panic driven stunt budget. Each spending announcement is exposed as inadequate & whole areas of spending needs like local councils & addressing child poverty are ignored. This is not serious government.

McDonnell wasn’t the only person who believes that this announcement is a precursor to a general election. Lots of social media users also believe it’s a “pre-general election gimmick”:

So not what appears to me to be a blatant pre-general election gimmick to deflect attention from years & years & years of real terms budget cuts in the name of austerity then Mr Javid ..?

Sajid Javid has brought his Spending Review forward to early September. Was originally scheduled for October. Which means that we’re going to have a General Election then instead.

As McDonnell says, this is a “panic driven stunt budget”. Javid stated that:

I also want to give the same certainty to our public services.

But this is not something a Conservative government can deliver. Because it’s a government that has slashed so much money from public services that any money injected won’t even match the level of cuts already made. For example, under the Conservatives:

And these are just a few examples of the myriad of public services that the Tories have destroyed. Meanwhile, 4.1 million children are living in poverty, and record numbers of people are using foodbanks.

The Tories are hoping we’re all stupid, and that they can shake the magic money tree and people will forgive the years of austerity. But as McDonnell said, “nobody is fooled”. Javid’s promises are empty and meaningless.

As Boris Johnson raises the stakes and shuts down parliament to force through his no-deal Brexit, speculation over an early general election is growing.

And all of us need to be ready to fight that election. We need to make sure the election is fought on the damage and destruction the Tories have wreaked on all our lives. We need to make sure no one forgets exactly what they’ve done to this country. The stakes couldn’t be higher. Because electing a Jeremy Corbyn-led government is the only possible solution we have to this current mess.