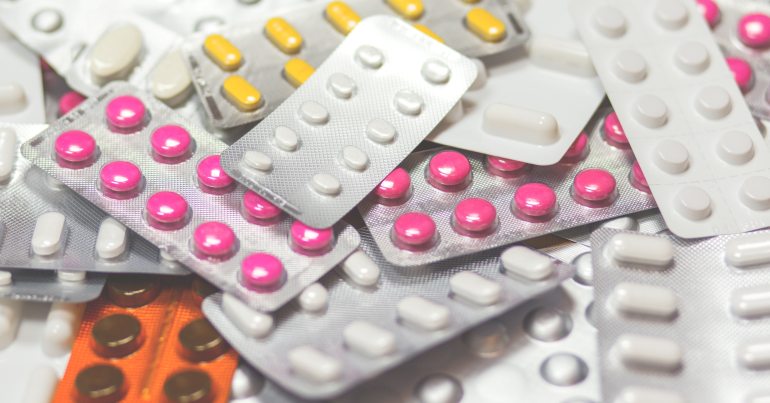 In the wake of Boris Johnson proroguing parliament in order to ensure a no-deal Brexit, there are reports of flu vaccine shortages becoming very likely. People have expressed alarm at the news because of its serious implications:

Hi it’s your friendly woman who was permanently disabled by the flu to tell hard Brexiteers YOU ARE LITERALLY RISKING OUR LIVES. Fuck you and all who are willing to throw away human beings for your ideological end. https://t.co/rOXSitybCO

The Canary has previously reported on the likelihood of medicine shortages in the case of a no-deal Brexit. But many people took to Twitter recently to share the struggles they’re already having getting medication. Hormone Replacement Therapy (HRT) drugs, along with medicines to treat heart conditions, epilepsy, and Lupus, all appear to be in short supply:

I have to give Boots two weeks notice to source my cancer controlling hormone blocking meds. I didn’t have to until two months ago. I’m scared.

I had trouble getting epilepsy meds for my daughter this week too. Had to ring around several chemists before I found one that still had stock. She has a form of epilepsy which is life threatening and it took us a long time to find a medication that worked. This isn't good.

Friend of mine has been struggling to get medication for her 12 year old son who has a congenital heart condition. It's frightening, and it's happening now, not just potentially after #Brexit.

Have been unable to get my anti-arrhythmic drug for nearly a month. GP blames Brexit and says they are having to deal with an ever increasing problem of drug availability.

With the deadline for Brexit looming, medicine shortages in the UK appear to be a growing problem:

A pharmacy has recently put this up in their window. pic.twitter.com/xLEOePXLQy

Had trouble getting promethazine which is part of my prescription for over a year. CMHTs have said theirs a national shortage of it

Some have suggested that the issue is being exacerbated by ‘stockpiling’. This is when healthcare providers or companies in the medicine supply chain hold on to stock, preventing it from reaching pharmacies:

It has everything to do with Brexit. Drugs are being taken out of circulation and stockpiled. There is a list that GPs have been told not to prescribe, or to limit. Plus this is a ploy to normalise shortages ahead of the real shortages.

I phoned supplier. They said they had a finite amount of drugs. They’re advance planning to sell 2020-2026,planning distribution,lorries, refrigeration etc. They could sell all they could make in mainland EU so decided not to send any to possible delays,cost,spoilage at UK border

Along with patients, healthcare workers themselves have suggested that Brexit is the cause of current shortages:

Working in a GP surgery, loads of our patient's meds are being changed due to lack of availability or 'manufacturing' issues, aka #Brexit. Scary stuff.

I’m temping at the moment at a GP practice and I’m dealing with several cases of meds with supply issues every day.

Despite people telling me it’s not true, my Pharmacist and my GP independent of each other told me my medication shortage was due to Brexit.

Same with my medication … called every pharmacy for miles around and it’s out of stock. Pharmacist explained that, as a result of cuts to NHS funding, many drug companies were no longer interested in supplying certain drugs to the UK. Said it’ll be a lot worse post-Brexit

It’s clear that a no-deal Brexit could cause critical shortages in life-saving medication, potentially risking the lives of patients in the UK:

For medication which increases the risk of breast and ovarian cancer, this is deeply concerning. All of us at this practice are dealing with this from several patients on a daily basis.

We went from £350 million for the NHS to yes there might be medicine shortages after no deal on the 31st October. But it will be temporary and only a few people might die.

In the midst of a reported coup on parliament, it’s important to remember exactly what’s at stake. We aren’t just talking about a shortage of brie and prosecco. Boris Johnson is putting the lives of many thousands of seriously ill people at risk.