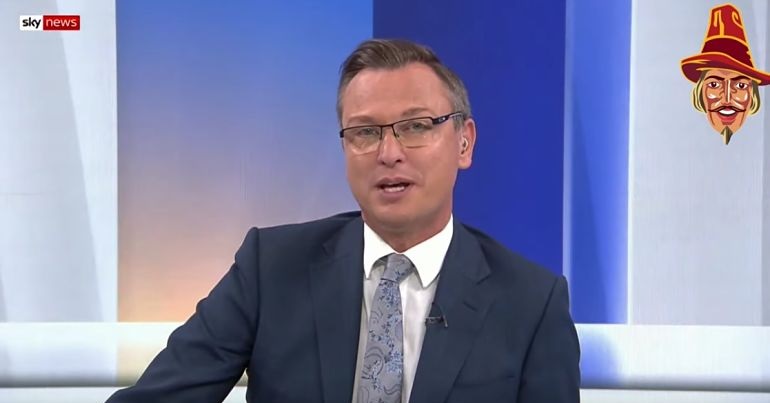 Sky News celebrated Positive Twitter Day on 30 August. As it explained in a tweet on the subject, it’s a day about “civility” on social media. So who did the broadcaster invite on to discuss “civility and trust in social media”? None other than Guido Fawkes, aka Paul Staines. You know, the guy who tweeted a picture of himself lying in bed next to a cardboard cut-out of Diane Abbott. The same Staines who doubled down on the personal attack on the UK’s first Black female MP by tweeting:

What an utterly bizarre way to celebrate Positive Twitter Day, as many people tried to make clear to Sky News.

Today is #PositiveTwitterDay, a campaign to make debates more civil and challenge abusive online behaviour.@GuidoFawkes, Paul Staines is on #Sunrise at 8.15am to discuss civility and trust in social media.

Clearly, the news was not music to many people’s ears:

Is… is it April Fool's? pic.twitter.com/nPPXFcP6ai

Paul Staines and civility on twitter. This is a joke right 🤦‍♀️

Some tried to point out to Sky News the incivility they’ve come across on Guido Fawkes‘s platform:

Yeah lets do some of that old time civility and trust pic.twitter.com/t0fXLL6q2O

This is beyond ridiculous https://t.co/bfXdRjmZqR

And many tried to come up with a sufficient comparison so that Sky News could understand the error of its ways:

Next you’ll be discussing race relations with Enoch Powell and women’s rights with Jack the Ripper.

Next up, Nigel Farage gives his view on how to run a successful general election campaign.

Up next – "Is irony dead?" A SKY News exclusive.

Next up, Fred West discusses Hitchhiking in Gloucestershire

During the interview itself, Staines did concede that he has “in the past been pretty belligerent” on social media and is trying to be “better”. The Sky News host also suggested that people existing in ‘echo chambers’ – i.e. surrounding themselves with views they agree with – on social media platforms is also a problem.

Well, the establishment’s echo chamber was certainly a problem here. Because if Sky News had stepped outside of it for a second, it would have realised – given Staines’s track record – how badly its choice for ‘civility’ champion would go down with the British public.