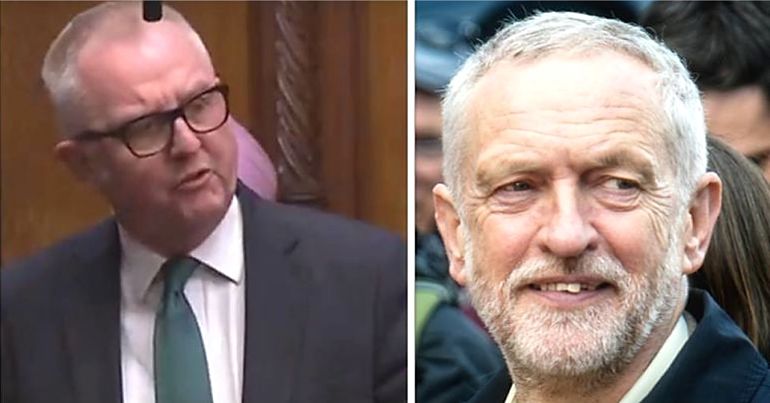 On 9 September, the final day of parliament before prorogation, MPs debated a motion urging the government to comply with no-deal prevention law. Well, at least most MPs did. Because when independent MP for Dudley North Ian Austin rose to participate, nobody was quite sure what he was talking about.

But when people realised what he was up to, the response he met was just perfect.

A rant followed by a threat

Speaker of the House John Bercow had to remind Austin to politely stay on topic. Because instead of debating the motion, as other MPs had done, the Dudley North MP railed against former colleagues in the Labour party, saying:

not a single labour figure in the past, not a single one, who would have backed violent street protest as the shadow chancellor did

Then Austin became embroiled in a hea ted exchange with the Labour MP for Heywood and Middleton Liz McInnes. Austin quit the Labour Party in February 2019, so McInnes wondered why he was still sitting among Labour MPs.

Labour MPs are telling Ian Austin to go and sit on the Tory benches after he focuses his entire speech on attacking Jeremy Corbyn in a debate on whether the Tory government will obey the rule of law.

This exchange ended with Austin threatening McInnes’s seat at the next election. Initially, he pompously declared:

and the things I stand up for – decency in politics, the rule of law –  none of these things have changed – and everybody in Dudley knew exactly what I thought of these people [the Labour leadership] at the last election

Then, directing that threat at McInnes, he said:

And I’ll tell the honourable lady this, I’m going to make absolutely certain that she’s going to have to answer to her voters for these points at the next election.

Everybody looked on in bewilderment.

And if the sitting MPs were confused, the public were no wiser:

Labour MPs are telling Ian Austin to go and sit on the Tory benches after he focuses his entire speech on attacking Jeremy Corbyn in a debate on whether the Tory government will obey the rule of law.

As he’d threatened McInnes’s seat at the next election, people online were equally ‘supportive’ of Austin’s election chances:

@IanAustinMP making an absolute fool of himself live on TV and hopefully he'll be losing his seat at the GE.

Others pointed out just how narrowly he’d won his seat in 2017:

He had a majority of 22 at last election 🤦‍♂️

These failed attempts can only strengthen Corbyn

Austin’s attack comes right off the back of a similar right-wing media attack against the Labour leadership. That also failed miserably. People leading these smear campaigns should learn; they only make the intended target stronger.