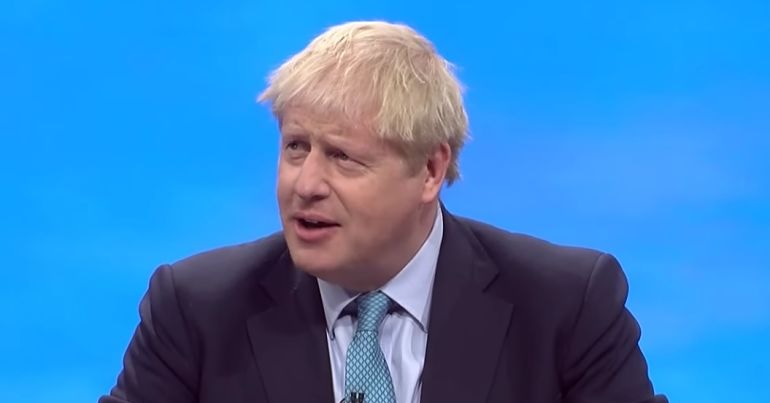 Boris Johnson delivered a speech at the Conservative Party conference on 2 October. In it, he criticised people for having a ‘can’t do’ attitude about Britain (he meant Brexit). To back up his point, he talked up all the things Britain has done now which people previously said it couldn’t do.

Unfortunately, one of the rogues with a ‘can’t do’ attitude that he called out was, wait for it, himself.

As the Spectator reported, in his speech the PM said:

when I believe passionately that it can

we can do it

we can beat the sceptics

But one of the “sceptics” the PM quoted here was himself. As the Telegraph reported in 2013, on his LBC radio show that year, then mayor of London Johnson said of wind farms:

Labour put in a load of wind farms that failed to pull the skin off a rice pudding.

We now have the opportunity to get shale gas – let’s look at it. It is part of the 2020 vision we have for this city – power generation is vital.

Now with Johnson usually being quite the joker in past Tory conference appearances, people have wondered whether the self-deprecation was deliberate:

that's so obviously self referential.

He knew he was quoting himself 😃

Regardless, the Times‘s Red Box editor pointed out what Johnson has actually achieved here either way:

So he is referring to himself as being someone who used to talk bollocks?

He’s also managed to remind people that he rooted for fracking rather than a clean energy source like wind: a dirty energy source that’s turned out to be the wrong solution to our energy and planetary needs. In the last few days, for example, fracking company Cuadrilla has confirmed it’s “demobilising” its equipment at the controversial and unpopular Preston New Road site. It had previously suspended operations which were apparently responsible for increasingly strong earthquakes.

So in short, the PM talks “bollocks” and backs the wrong horse. That’s what we learnt from his latest gaffe, intentional or not.