Coleen Rooney took on The Sun. It's just brilliant, and it shows what we're up against. - Canary 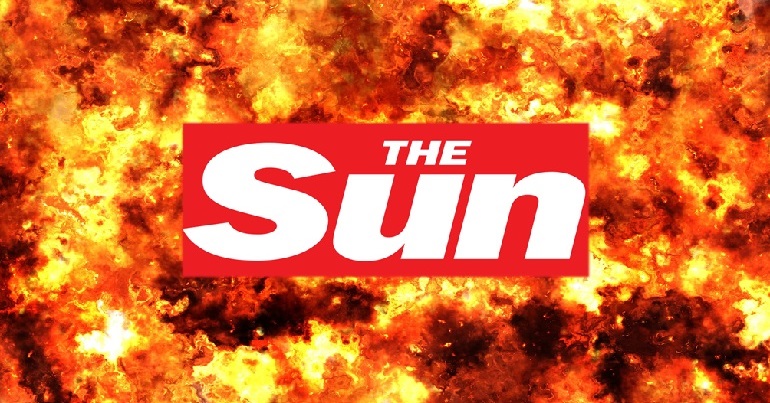 Coleen Rooney has taken on the invasive reporting of the Sun. What she did was just brilliant. But it also showed exactly what we’re up against with the establishment media now Boris Johnson’s prime minister.

“I came up with an idea”

On 9 October, Rooney shared a Twitter post explaining that “someone who I trusted” kept sharing “private posts and stories” with the tabloid. So she blocked everyone, bar one account, from her Instagram and started sharing fake stories. Sure enough, the Sun ran these, and Rooney was able to pinpoint the account leaking the news.

This has been a burden in my life for a few years now and finally I have got to the bottom of it…… pic.twitter.com/0YqJAoXuK1

BuzzFeed shared headlines of these stories, billed as ‘exclusives’, which the Sun has since deleted. One, for example, claimed Rooney had travelled to Mexico for “gender selection” treatment: 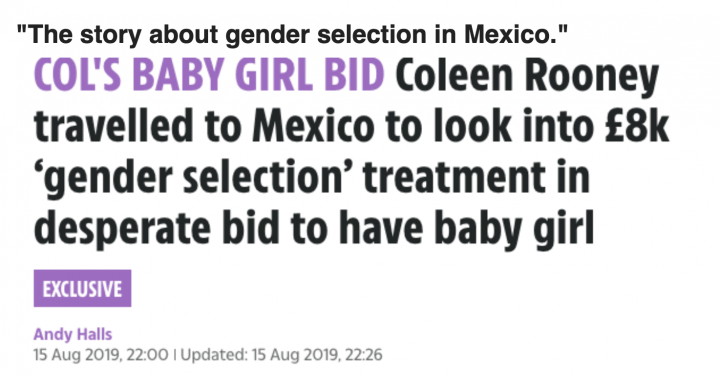 Rooney tracked the account to Rebekah Vardy, who has since issued a denial claiming that other people used her account:

With a circulation of 1.26 million copies, the Rupert Murdoch-owned Sun is the UK’s best-selling paper. Yet when its so-called ‘reporting’ doesn’t feed on people’s private lives, it spreads misinformation and fuels dangerously racist tropes.

News Group Newspapers – its owners – currently face legal proceedings from Prince Harry “over alleged phone hacking”. He also previously accused the tabloid of “racist and sexist” undertones when reporting on his relationship with Meghan Markle. In September, cricketer Ben Stokes also slammed the disgraced right-wing rag for publishing “extremely painful, sensitive and personal details” about his family. As Stokes said, the Sun uses:

the lowest form of journalism, focussed only on chasing sales with absolutely no regard for the devastation caused to lives as a consequence.

As The Canary reported, satirical artist Darren Cullen called the Sun out for its “long history of demonising communities… thought to have some kind of latent support for terrorism”. Historically, this was Irish communities; and since 9/11, this extended to Muslims. As Cullen explained, the Sun has “consistently played on those fears”, but also has “the ear of the British government” because of its huge readership.

Some declared Rooney “the hero we need right now” for her brilliant takedown of the Sun:

But as others noted, Rooney’s tweet also draws attention to the rising use of ‘anonymous sources’ from Boris Johnson’s government. In particular, the BBC‘s Laura Kuenssberg keeps quoting ‘senior No.10 sources‘ without ever naming them. As Channel 4‘s Krishnan Guru-Murthly astutely noted:

Can we get Coleen Rooney to find the “source” in No 10?

And he wasn’t the only one:

"That is AMAZING", the diplomat said, speaking on condition of anonymity in Brussels.

First Coleen Rooney makes her big revelation, now this from the EU. pic.twitter.com/0nHoTPmPzX

All power to Rooney for calling out the Sun‘s continued, despicable stories. But she’s also drawn attention to the wider actions of the whole establishment media, and that’s something we mustn’t forget. Because the Sun‘s just the lowest of the low in this corrupt political and media landscape.