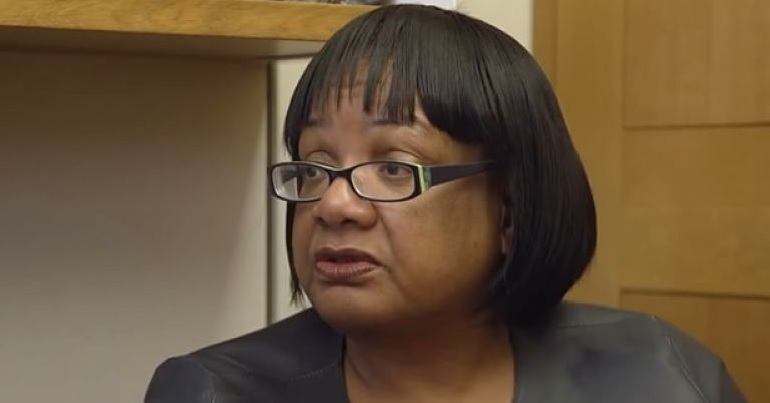 The Sun‘s new deputy political editor Matt Dathan spread a false story about Diane Abbott on 28 October. Within minutes of him sharing it, the story had backfired.

That’s not a good look for the newly-installed deputy.

Dathan made the claim about Abbott in a tweet:

That full Diane Abbott quote at Shadow Cabinet according to one in the room was: “The PLP were in the tea room and my office crying about an election saying Jeremy should stand down in 2017. So frankly the PLP can go fuck themselves."

So Dathan claimed that someone “in the room” at a shadow cabinet meeting told him Abbott “tore into” Labour MPs who are against a general election. The source apparently claimed the shadow home secretary raised MPs’ behaviour during the 2017 election and said the Parliamentary Labour Party (PLP), i.e. MPs, can “go fuck themselves”.

Unfortunately for Dathan, within minutes Abbott showed that he’d shared an absolute howler. She took to Twitter and explained what she’d actually said, which the Guardian‘s deputy political editor appeared to have picked up largely intact:

What I actually said in Shadow Cabinet today, "in the run-up to 2017 election, some Labour MPs were crying in my office and in the tearoom as if it's a f***ing funeral, saying Jeremy should stand down, then they all got re-elected with increased majorities" https://t.co/dxWI05d5U4

As Abbott pointed out, what she said was that, ahead of the 2017 election, some Labour MPs were behaving like “it’s a f***ing funeral” and saying Jeremy Corbyn should resign. But, she said, they “got re-elected with increased majorities”. So her message to the PLP was essentially: ‘an election could yield positive results for us’. It wasn’t: ‘fuck you all’ as the Sun man suggested.

Also, if Dathan thought the idea of Abbott telling the PLP to go fuck itself would be received badly by everyone, clearly he hasn’t been paying attention to politics for the last four years:

If the PLP would stop whining and get behind the membership (yes, I know they are used to things being the other way around, but, democracy) Labour would get a Blair style landslide

Good on you Diane! pic.twitter.com/FQqOEkx242

It appears the Sun‘s just appointed a deputy political editor who is willing to quote unnamed, unreliable sources who are only good for taking cheap, bogus shots at the shadow cabinet. Go figure.