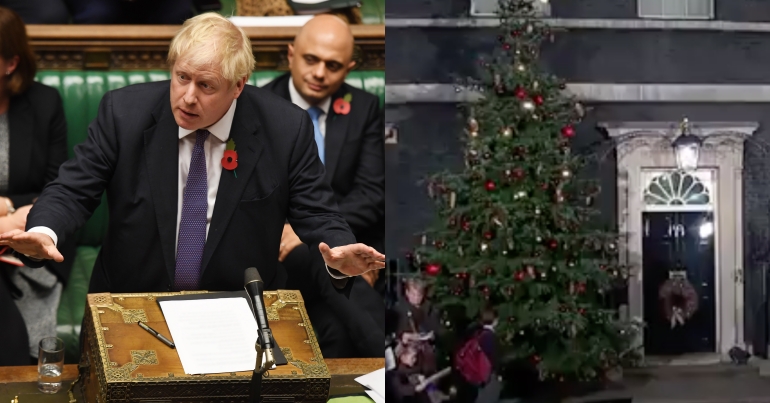 The Labour Party has announced it will now back Boris Johnson’s call for an election in December 2019. So, with an early election looking inevitable, people are taking to social media with a simple message: register to vote.

This election couldn’t be more important. Not because of Brexit – although stopping a Johnson no-deal UK sell-off Brexit is important – but because a decade of austerity has cost thousands of lives, decimated public services and nearly destroyed our welfare state.

This Government is responsible for deaths, starvation, misery & despair on a scale not seen since the Victorian era. I know in my heart, in my bones, that if we now stand together we can defeat this insanity & justice will prevail #GeneralElection2019

It only takes five minutes

Many people emphasised the fact that registering to vote only takes five minutes:

There's going to be an election and a chance to get rid of this clown-car-driven-by-Voldemort of a government. Here's a link to register to vote. It only takes 5 mins. #generalelection2019https://t.co/JFda5gh4qn

People also pointed out that the process is very easy:

The clock is now ticking to get registered to vote.
Even if you choose not to come the day, at least give yourself the choice. It takes 5 minutes.
Register to Vote at https://t.co/TiIwDcZL8z
Register for a postal vote at https://t.co/hiZZXRj0kx#GeneralElection2019 #BringItOn pic.twitter.com/S87Oj3X1u9

All I want for Christmas…

Other Twitter users commented that a Jeremy Corbyn victory could be the best Christmas present ever:

I'm telling you why…

Corbyn's going to take you all down 🎵

A socialist Christmas. It's all I've ever wanted. Let's do this.#generalelection2019

Make sure you give yourself the greatest Christmas present this year … a Labour Government 🌹🎅 #GeneralElection2019https://t.co/e7fc6217jH

Our chance for a better world

People, in particular young people, are registering to vote in large numbers. Between 21 and 28 October inclusive, nearly 275,000 people registered to vote. And this surge is likely to increase. At the time of writing, 3,798 people are using the voter registration site compared to 514 people at the same time yesterday.

As The Canary reported after the last election, the youth vote was significant in obliterating Theresa May’s parliamentary majority. In fact, young people gave the Conservative Party a nasty shock. A demographic previously written off as politically apathetic turned out to vote. And two-thirds of them voted for Corbyn.

A general election will not change the fundamentally flawed political system in our country. And a general election doesn’t mean that we shouldn’t still be looking at and promoting alternatives to parliamentary democracy.

But this isn’t the time for cynicism. This is about what we can do now to stop Johnson and a far-right, hard Brexit parliament. Registering to vote and electing a Corbyn government will save lives, both at home and abroad. It will save our public services, and it will restore our welfare state.

This is a rare opportunity to elect a government with socialist principles and a genuine commitment to making life better for ordinary people. We need to grab it with both hands and do everything we can to ensure Johnson isn’t celebrating Christmas in Downing Street.