In just 20 seconds on the BBC, Ken Loach nails the 'absolute contempt' Tories have for ordinary people - The Canary 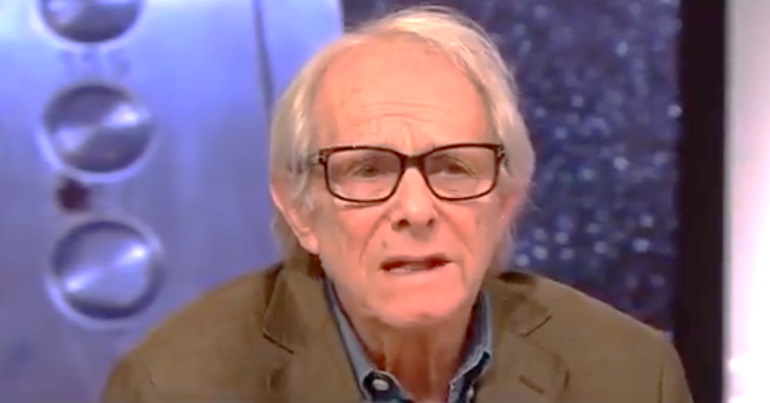 Award-winning film director Ken Loach appeared on the BBC on 29 October. And he summed up “Tory Britain” in just 20 scathing seconds.

“The most squalid conditions”

The BBC‘s Victoria Derbyshire show was reporting on a troubled London housing estate which has only one block of flats left. And it looked in particular at the story of an NHS administrator living there whose family had been bitten by cockroaches. Fellow residents also claim that water seeps into communal areas whenever it rains, causing mould in some flats. Drug users, meanwhile, reportedly enter these communal spaces due to the fact that the security doors don’t work. Although the block of flats will “remain for at least two and a half more years”, the BBC says: “it’s understood the council does not believe it is economical to repair the doors – as the estate is to be knocked down”.

Derbyshire asked Loach to comment on the situation, and he said:

Controversial ex-Tory mayor Brian Coleman – a former ally of Boris Johnson – was also on the show. And he seemed to sum up the “absolute contempt” Loach was talking about by saying of the residents:

[The] council owes them nothing at all.

The housing crisis in Tory Britain

Nine years of ideological austerity under Conservative-led governments have resulted in a growing housing crisis and increasingly worrying homelessness statistics. The number of rough sleepers, for example, has risen 165% since 2010; and in 2018, roughly two homeless people reportedly died every day. The disastrous decline of social housing, meanwhile, means taxpayers are giving private landlords money via housing benefits and getting nothing in return.

At the same time, the wealthiest people in Britain continue to make massive profits from property ownership. And rich politicians like current prime minister Boris Johnson have profited from selling off housing that taxpayer money helped to fund. Johnson’s hard-right government of proud Thatcherites, meanwhile, wants even further cuts to public services and the welfare state.

Now, it seems we’re heading into a general election. And it will be a real chance to address the horrific state of Britain’s housing market. Because Jeremy Corbyn’s Labour Party has pledged to build “at least 100,000 council and housing association homes a year for genuinely affordable rent or sale” by the end of its first term. It has also promised to create a “Department for Housing to focus on tackling the crisis and to ensure housing is about homes for the many, not investment opportunities for the few”.

A recent report showed that Brexit isn’t the priority issue for most low-income voters. And it revealed anger over the insecurity of the private rental sector and a desire for “more council and housing association homes for rent”. If this is the case, the choice for voters come election time will perhaps be clearer than ever before.