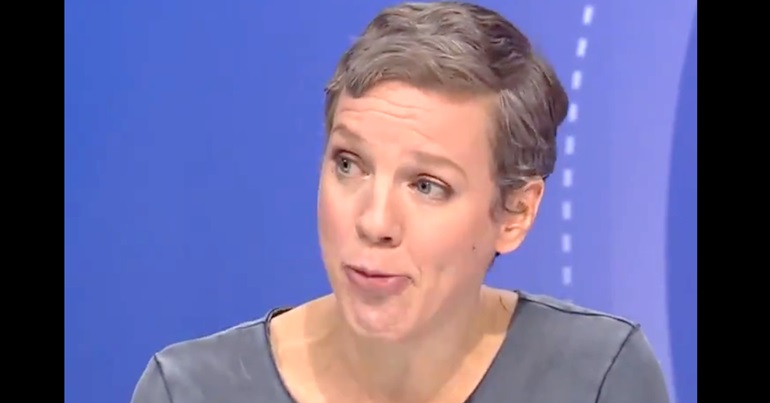 Comedian Francesca Martinez has made it crystal clear why the likely December election will be the “most important election in a generation”.

A massive election issue for the ruling Conservatives will be Brexit. But Martinez highlighted that the election will be “our last chance” to prevent disaster on a number of fronts, tweeting:

The most important election in a generation.
Our last chance to:
-Avert climate disaster
-Save the NHS
-Halt the sell-off of public assets & services
-Stop the UK from becoming part of Trump's deregulated & inhumane American nightmare.
We HAVE to win this.#generalelection2019

Martinez also spoke previously on BBC Question Time about the impact Conservative-led governments have had on people up and down the country. She highlighted how at least 130,000 people had “died because the Tories and the Lib Dems decided to make ordinary people pay for a crash caused by bankers, who we bailed out”. And she stressed that welfare changes have hit disabled people particularly hard, saying Tory-led governments have “blood on their hands” as a result.

My hero @chessmartinez explains how we decide who to vote for. pic.twitter.com/r6PTL9CU7t

In 2017, on the other hand, Martinez spoke about Labour leader Jeremy Corbyn. And she said:

Finally, we have a leader who’s spent his life fighting for our rights, who talks about equality and wellbeing and compassion. That’s the kind of world I wanna live in.

Francesca Martinez is a comedian, actor and voter registration advocate. Watch and share her video – and be sure you’re registered to vote ↓ gov.uk/register-to-vote

In terms of climate action, healthcare, education, housing, workers’ rights, the welfare state, and investment in communities across the country, Corbyn’s Labour has numerous bold, exciting policies. And when we compare those to the alternative offering, from the parties that brought us austerity and a brutal attack on disabled people, the choice is crystal clear.