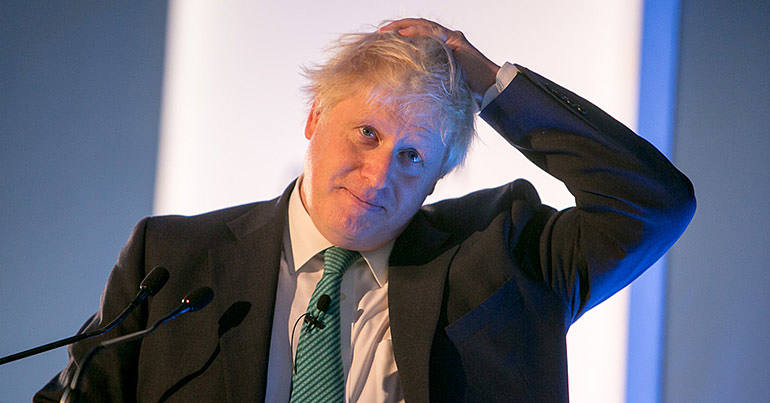 It’s the first full day since MPs voted for a snap election and #VoteConservative is trending on Twitter. But Boris Johnson might not be happy. Because people are using the hashtag to show exactly why voting for his party is a really bad idea.

So pleased to open Twitter the day after my triumphant victory in the House of Commons and find #VoteConservative trending!

Then I started reading the Tweets, you shower of bastards.

Some people wrote lists of all the reasons why people might vote Conservative:

If you want to be worse off

If you want to say bye to the NHS

If you want more people in poverty

If you want people to die on the streets

If you want to do business with Trump

If you want children going hungry

Novara Media‘s Ash Sarkar used the hashtag to detail the positive things a Labour government will deliver that the Conservatives won’t:

Other people highlighted the damage ten years of Conservative-led governments have caused:

#VoteConservative because 120,000 deaths from the austerity cuts aren't enough. And hey, those handouts for the rich have to come from somewhere, folks!

Further social media users used the hashtag to call out the owners of the corporate media:

#voteconservative If you want this wretched trashy individual to run the country. pic.twitter.com/ECL5TXGT3u

Who does Rupert Murdoch's trashy tabloid, The Times, support?
Strangely, all the billionaire tax cheats seem to be supporting the same side. 🤔#VoteConservative #Election2019 pic.twitter.com/zHj3LNsUXh

Others highlighted who’ll profit from a Conservative election win:

#VoteConservative 2019 and get another 10 years of unkept promises whilst millionaires double their wealth. Or #VoteLabour2019 and make a change for the good of the 99%

The hashtag was also used to remind people of some key facts:

The Tories cheered. They cheered.

Remember this when you vote.

Boris Johnson has a history of lying and was sacked for it. He makes racist remarks – and conspired to have someone beaten up. But it's not just him: we've had 10 years of the Tories lying and hiding the truth.

Without truth, there can be no trust.

Another timely reminder highlighted the fact that we shouldn’t be tricked by Tories pretending to represent “regular folk”:

The CONservative party, tricking regular folk into believing that they care. Shock news, they don't. None of them do. If you #VoteConservative, you're voting for sneering elitism. Do you really think JRM cares about your every day issues? He couldn't give a toss. Stop buying it. pic.twitter.com/fshX5Tq5Lj

On one level the Conservative Party might be happy that on its first day of campaigning #VoteConservative is trending. But as political commentator Rachael Swindon stated:

The #VoteConservative hashtag has been officially hijacked by the social media powerhouse of the left.

There are some things that money just can’t buy.

One thing is, however, clear. While the Conservative Party and the establishment media might want to make this election about Brexit, ordinary people disagree. Because we’ve all had ten years of experiencing and seeing what the Conservative Party has done to us and to our country. We’ve seen our services slashed, benefits cut, disabled people demonised and our retirement age increased.

Johnson might have a massive election budget and a wealth of election trickery up his sleeve. And there’s little doubt this will be a nasty, manipulative and dirty election. But this hashtag shows that people won’t forget the abject misery this government has caused and will use every available opportunity to remind us all why voting Conservative is a really bad idea.