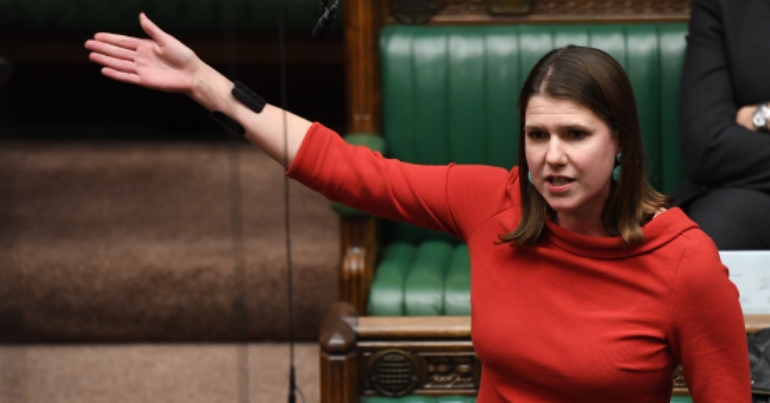 Just hours after MPs voted to hold a snap general election on 29 October, Liberal Democrat leader Jo Swinson appeared on ITV News. And she used her appearance to make a totally ridiculous statement. Swinson claimed that:

I am standing in this election as candidate to be prime minister.

It seems that Swinson appears to have forgotten that the Lib Dems only have 19 MPs. And out of those 19, seven defected from other parties.

You’ve got to laugh

Given Swinson would need an additional 307 seats to gain a parliamentary majority, many people simply found her claim laughable:

Other people felt only a GIF could really sum up the situation:

The Lib Dems basically appear to only have one policy different from their austerity-loving Conservative coalition friends – and that’s to stop Brexit. Given that Labour has promised a referendum on any agreed Brexit deal, however, it’s a bit rich to say – as Swinson has – that the Lib Dems are the only party that can stop Brexit.

At the same time, this election won’t just be about Brexit. It will be about the suffering that the Conservative Party – supported by the Lib Dems – has caused.

According to the UN, the Tories – backed by the Lib Dems – have ‘deliberately’ pushed thousands of people into poverty:

And the Institute for Public Policy Research found that austerity is to blame for at least 130,000 ‘preventable’ UK deaths.

Meanwhile, name a public service, and it’s suffered from vicious cuts. From schools to hospitals; youth services to domestic abuse refuges – everything has been decimated under nine years of Conservative-led governments.

So no, Jo Swinson, the country will not trust the Lib Dems in government. In fact, she might even have difficulty keeping her own seat, given that her majority at the 2017 election was only just over 5,000.

While the ludicrous claims of Swinson and her fellow party members might give us a laugh, we must always remember the damage the party did when it formed a coalition with David Cameron. However banal it may appear, it is – after all – a party with blood on its hands.