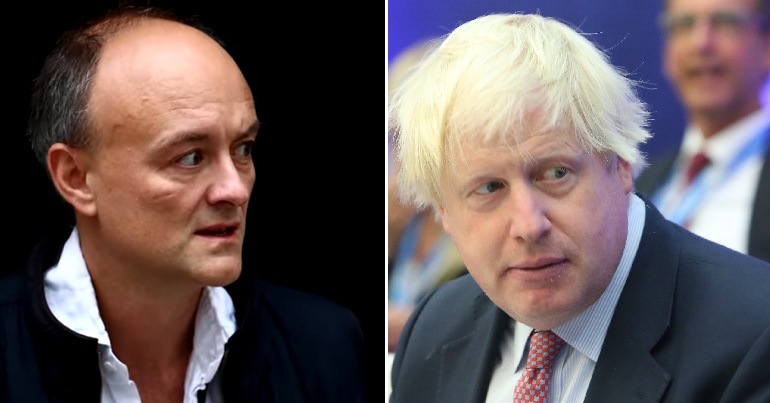 On 1 November, Open Democracy reported that the Met Police have referred the Vote Leave campaign to the Crown Prosecution Service (CPS) for “early investigative advice”.

A source from the Home Office has said:

This EIA (early investigative advice) is effectively the Met asking the CPS what it needs to bring charges. It would not be doing this if it was not planning to deliver a full file of evidence on Vote Leave. It will of course be the CPS’s decision on whether charges are brought.

Regardless of the outcome, the timing of these developments is less than ideal for the Conservatives. Since Boris Johnson and his advisor Dominic Cummings played a key role in the Vote Leave campaign:

Holy shit. I can’t believe it. The Metropolitan Police have passed on the evidence I and other whistleblowers provided against Boris Johnson, Dominic Cummings & Vote Leave to the Crown Prosecution Service. This is huge. Thank you for your support & believing in us. https://t.co/xhAFznbNOH

Journalist and campaigner Adam Ramsay has explained the timeline of events leading up to this latest development:

For us, this story began more than two years ago, when we got a tranche of Electoral Commission internal emails which revealed they had thought the Vote Leave/Darren Grimes relationship probably broke the rules. But they'd decided not to investigate: https://t.co/rPD8WouHA0

People are questioning why the party isn’t suspending Boris Johnson, Dominic Cummings, and Priti Patel among others until they have been cleared of all allegations:

This is so true. If you or I were under criminal investigation, we’d be suspended.
But Boris Johnson? The former journalist has the media in such a stranglehold, it’s hardly even REPORTED. https://t.co/BVZpMH3oar

Exactly so. Indeed any one involved in Cambridge Analytica scandal and Vote Leave fraud should be suspended and disallowed from this election campaign e.g Gove Cummings and Johnson for a start. https://t.co/9ROBvbXqmV

In the wake of these revelations, people have noticed that mainstream media outlets are surprisingly silent:

*PM FACES CPS INVESTIGATION*. WHERE IS THE MASS MEDIA COVERAGE?
Nothing from the BBC, ⁦@Telegraph⁩, ⁦@guardian⁩, ⁦@thetimes⁩.

Files were passed to CPS on 17 OCTOBER- WHY WAS IT NOT REVEALED UNTIL AFTER WHAT SHOULD HAVE BEEN BREXIT DAY?
https://t.co/dkQgtQ9ppn

It's not on any of the UK news web sites that i can see. Just news paper based

Many have criticised the BBC’s role in particular. Especially since Fiona Bruce told an audience member who raised the issue on Question Time that the Vote Leave campaign was cleared of charges:

On the most serious electoral fraud in modern times, the BBC – having suppressed coverage in the first place – continues to deceive the public.

How can you get something so important so wrong? https://t.co/fOqw2FIlQW

Why did Fiona Bruce slap down the woman who said UK will struggle to have a free+fair election as Vote Leave broke electoral law and Johnson adviser Dominic Cummings is in contempt of parliament? Both claims are 100% true. Bruce owes her an apology #bbcqt https://t.co/FxMh5QrPoo

Moreover, campaigners have accused the BBC of actively covering up reporting on the issue to begin with:

Reminiscent of how @AndrewMarr9 invited Oakeshott on to counter my evidence yet never reached out to me. Reminiscent of how @bbclaurak coordinated with Matthew Elliot, CEO of Vote Leave to accuse me of conspiracies & lying (without comment). @afneil literally called it conspiracy

Get Boris Johnson out

It would appear that this referral to CPS is just the latest in a long line of possible infractions by PM Boris Johnson. Only the day before on 31 October, Johnson’s refusal to reveal Russian interference in the 2016 referendum was in the news:

Boris Johnson was the face of Vote Leave, which broke electoral law.

There are no excuses for sitting on this report on the threat of Russian electoral interference.

It must be published before Parliament dissolves for the election to be free and fair.https://t.co/JzwcsrhO4T

Jennifer Acuri has confirmed Johnson KNEW about the conflict of interest

Johnson suppressing report on Russian interference in 2016 Ref and 2017 Election.

Johnson seems to have built a reputation for lying and misleading the public, which hasn’t gone unnoticed:

Johnson increasingly appears to have the backing of the BBC and other mainstream media outlets. But let’s just hope the public sees past Johnson’s lies and rejects the possibility of electing him on 12 December.