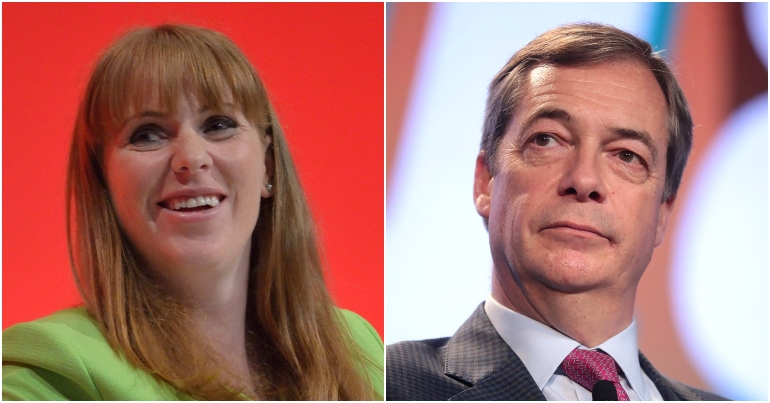 Nigel Farage has been hitting the media and hitting the streets to launch his election campaign. He has always been keen to promote himself as a ‘man of the people’ – an image not supported by his background.

But after he made a geographical mistake in a tweet – seemingly unsure which part of Yorkshire he was visiting – Labour’s Angela Rayner took him to task. And her tweet totally wiped the floor with his supposed ‘ordinary bloke’ image:

Erm isn’t Hull in East Yorkshire? Mind you when you fly around in a private jet and helicopters it must be easy to make that mistake. #GeneralElection2019 https://t.co/luXOTuzBs5 https://t.co/umNcat4yiL

Farage deleted his tweet. But the internet can be unforgiving, and Rayner helpfully posted a screenshot:

I see it’s deleted now but the wonderful world of twitter has copies 😁 pic.twitter.com/bQvRnczPBY

And as one Twitter user pointed out, the tweet doesn’t bode well for his supposed love of England:

Loves England so much but has no idea of its basic geography.

Using every opportunity to take Farage down

Now one could argue that Farage made a simple mistake and just deleted the tweet. But that’s not the point. Farage has promoted hate across the UK to further his own political career. He also said that he couldn’t support Boris Johnson’s Brexit deal; but he backtracked, seemingly just 48 hours after being offered a peerage, and withdrew Brexit Party candidates from Conservative seats.

Meanwhile, the corporate media has an ongoing love affair with the slimy toad – granting him the kind of air time that political parties with actual MPs don’t receive.

So Rayner is right to call him out. Farage has caused immeasurable damage to this country, all while pretending to be an ordinary working man. And we need to take each and every opportunity available to us to call him out as the nasty, racist hypocrite he is.