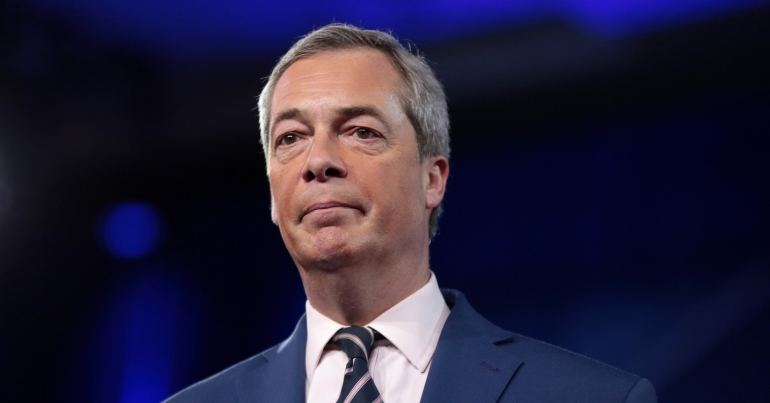 Millions of people who see Brexit as a panacea to all their woes may have just voted for a party led by assorted right-wing financiers, whose aims are to exploit and make loads of money. And heading that party is probably the biggest con man of all.

Just a matter of days before the 2019 EU elections, Channel 4 News ran a feature on Nigel Farage. It claimed that the Brexit Party leader was personally bankrolled by multi-millionaire Arron Banks. (Banks is currently under investigation by the National Crime Agency and the Information Commissioner’s Office regarding the role played by his companies during the EU referendum campaign.) The EU is now investigating Channel 4‘s claims.

Then there is the little known company, Thorn In The Side Ltd, that lists Farage as the sole director. It is reported that Thorn is used by Farage to reduce his tax bill. Thorn claimed £548,573 of ‘assets’ in 2018′. But its submissions provide no details as to what those assets consist of or their origins.

There is a pattern to all this.

For example, in 2009 Farage boasted how, when as an MEP on behalf of UKIP (UK Independence Party) he took £2m in expenses from the EU. He tried to justify this by claiming the money was used to promote UKIP’s cause.

Then there’s the night of the EU referendum. As the results began to appear Sky News broadcast a statement by Farage:

It’s been an extraordinary referendum campaign, turnout looks to be exceptionally high and [it] looks like Remain will edge it. UKIP and I are going nowhere and the party will only continue to grow stronger in the future.

Twice told the world on election night that Leave had likely lost, when he had information suggesting his side had actually won.

But Crispin Odey, who donated just under £15m to the Brexit campaigns, had bet on sterling “shorting” and so moved 65% of his funds into gold. Consequently, via his company Odey Asset Management, he made £220m in just a few hours. More recently, Odey bet more than £500m on leading British companies failing.

But it’s not just Farage whose character is questionable. Many of the Brexit Party MEP candidates are renowned for their reactionary, far-right political views or are also making killings in the finance and investments markets.

For example, there is board member of the Brexit Party Ltd, and MEP candidate, multimillionaire Richard Tice. He is also CEO of the asset management group Quidnet Capital LLP and a property developer.

Other Brexit Party MEP candidates include:

And Byline Times notes that out of 20 Brexit Party MEP candidates it profiled, “18 are company directors, 8 are bankers, 5 work in derivatives and hedge funds”. The latter grouping, in particular, could be characterised as ‘disaster capitalists’ or ‘vulture capitalists’, looking to make quick money out of others’ misfortunes.

Will the real Farage step forward

That description of Farage was backed up by UKIP founder Alan Sked, who claims that Farage once said (but denied by the Brexit Party leader) how:

He wanted ex-National Front candidates to run and I said, ‘I’m not sure about that,’ and he said, ‘There’s no need to worry about the nigger vote. The nig-nogs will never vote for us.

Farage likes to be portrayed as a “man of the people”, a “jack the lad” and a “cheeky chap”. But his public school childhood and his work in the City as a commodities trader reveals a very different picture.

It seems we live in times where voters are obsessed by single-issue politics, regardless of who is promoting such politics or why. But a failure of voters to ask questions means the wrong answers will always be given.

And when core workers’ values are overpowered by the desires of elitist investors and financiers, then we know we are entering very dangerous times.