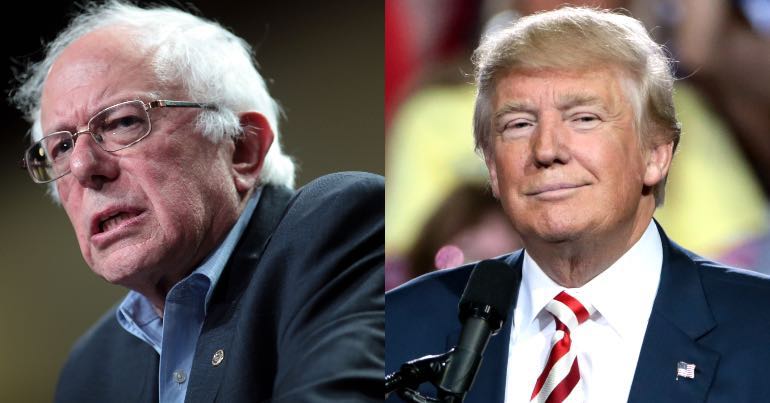 Bernie Sanders has argued that an invasion and war with Iran “would be an absolute disaster”. He also insisted that it “would be even worse” than the 2003 invasion of Iraq.

His comments came as the US government has been increasing its pressure on the Iranian government in recent weeks. And it has just announced that it’s sending another 1,500 troops to the Middle East – for “protective reasons”.

A history of anti-war activism

Sanders began by pointing out that he has been criticised for his lack of support for wars, insisting that:

we’ve gotta do everything possible to solve international conflict without going to war.

He also hit back at his detractors, saying:

I make no apologies to anybody that when I was a young man, before I was elected to anything, I opposed the war in Vietnam.

He then went on to remind people that he was against the US invasion of Iraq in 2003. He said he “knew that Cheney and Bush” were lying about Iraq’s supposed WMDs. And he argued that the war was the “worst foreign policy blunder” in modern US history.

He also criticised the ongoing role of the US in the Saudi-led destruction of Yemen.

I was right about Vietnam.

I was right about Iraq.

I will do everything in my power to prevent a war with Iran.

I apologize to no one. pic.twitter.com/Lna3oBZMKB

But Sanders kept his most dire warnings for a possible US war with Iran. He declared that he’s “going to do everything” he can to stop a war with the country. His reasoning was:

A study from 2006 reported 600,000 deaths as a result of the invasion in 2003. Some reports, meanwhile, claim the figure is actually well over a million.

Sanders also called on people to “work together” to prevent a war with Iran. And he insisted that, if people want to criticise him for this, they can “go for it”. Finally, he stressed: “I don’t apologise to anybody”.

In a previous statement, he had said:

I believe that a war with Iran would be an absolute disaster, far worse than the war with Iraq. And I hope the American people tell this administration that we will not go to war in Iran.

This afternoon, I attended a Senate intelligence briefing where the Trump administration presented its policy on Iran. Without going into specifics, let me just say: If you think the war in Iraq was a disaster, in all likelihood a war with Iran would be far worse. pic.twitter.com/UqgAX7l2vx

The presidential hopeful also took aim at Donald Trump, saying the US congress needs to “remind this president about the constitution of the United States”. As a result, he maintained that:

it is the congress that determines whether or not this country goes to war, and not the president of the United States.

If Iran wants to fight, that will be the official end of Iran. Never threaten the United States again!

His secretary of state – and ex-director of the CIA – Mike Pompeo, meanwhile, claimed that the Iranian government had been engaged in “40 years of unprovoked aggression”, in spite of many decades of US interference in Iran. That included overthrowing Iran’s elected government in 1953 and propping up the dictatorship that followed.

Will there be a war?

But in spite of Sanders’ comments, war is a very real possibility. Trump and his national security advisor, John Bolton, have made it well-known how much they want war with Iran. Their comments and actions over the last few years have shown us this.

Maybe it’s too late to stop the US attacking Iran. On the other hand, maybe it’s not. And if that’s the case, Bernie Sanders might the only person with enough popularity and power in the US to challenge Team Trump’s plans. The future of the Middle East might depend on it.