A united Ireland and climate catastrophe among most important issues for Irish people, poll suggests - Canary 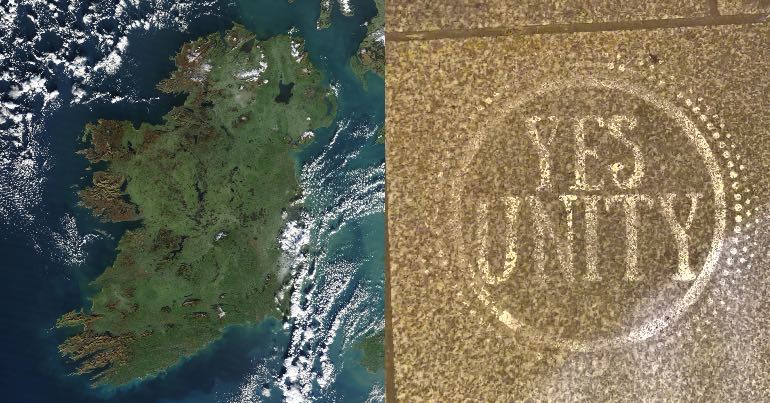 A new poll suggests that most people in Ireland would like to see the country reunified. It also revealed that the majority of Irish people want more done to tackle the climate catastrophe. The poll took place as local and European elections got underway across the country.

RTÉ and TG4 along with RedC carried out the poll which involved surveying 3,016 eligible voters. According to the results, it was found that 77% of Irish people are in favour of a united Ireland, with 23% against the prospect.

An earlier survey carried out in the north of Ireland had found 42.1% of people support reunification.

The poll also revealed large public support for issues other than uniting Ireland. Results from it show that 90% of people believe the government needs to do more about climate catastrophe. And furthermore, RTÉ says the poll showed only 42% of people “trust this Government to manage the economy and public spending well”.

But, 59% of people reported that they think “the country is going in the right direction”. 85% are happy that Ireland has become more liberal in recent years. A further 89% think the government needs to do more to fix the gap between the wealthy and poor people.

Meanwhile, 70% believe “that on the whole immigration has benefited Irish society”.