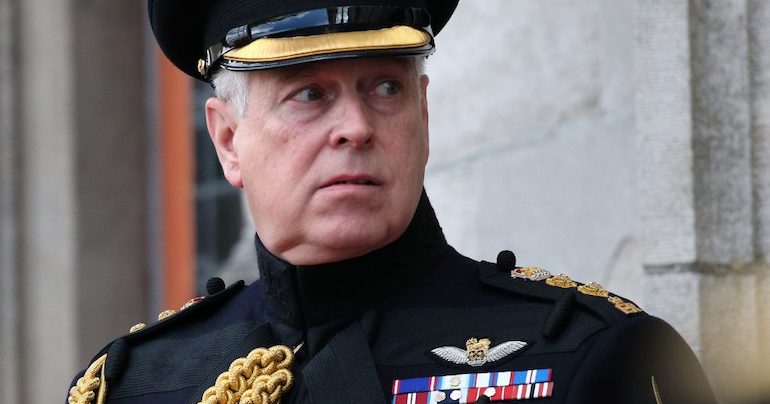 Prince Andrew’s interview with the BBC’s Newsnight may not have been the reputation saver he expected, but it gave people on social media plenty to talk about.

BBC presenter Jeremy Vine spoke for many when he asked if anyone else was “struggling with the Woking angle?”

Andrew said he could not have been at a London nightclub on March 10, 2001, as he had been at a Pizza Express restaurant in Woking, Surrey that evening and went home afterwards.

Virginia Guiffre has claimed the prince had sex with her after they were introduced in Tramp nightclub that night. Guiffre, then called Jennifer Roberts, was 17 at the time:

TV presenter Giles Coren, though, was not convinced by the pizza story. “Ask him what he ordered. If he says ‘a sloppy Giuseppe’ you’ve got him. Because they didn’t introduce that till 2006.”

Comedy writer Simon Blackwell, on the other hand, seemed convinced, saying – perhaps with his tongue in his cheek – that the prince had “drawn a line under the whole thing”. Given that Blackwell is best known for his work on The Thick Of It, he should know what spin lines do or don’t work:

Comedian David Baddiel questioned Andrew’s grammar when saying: “That is what I would describe as me in that photo.”

Catherine Mayer, founder of the Women’s Equality Party, questioned the Prince’s intelligence, saying he was “too stupid to even pretend concern for Epstein’s victims”:

Even some of those broadly in favour of the royal family, such as Royal Central website editor Charlie Proctor, were not impressed.

“I expected a train wreck. That was a plane crashing into an oil tanker, causing a tsunami, triggering a nuclear explosion level bad,” Proctor tweeted:

Comedian Dom Joly also tweeted with a crashing theme, describing the interview as “a worse car crash than getting a lift home from Prince Philip”:

Prince Andrew’s interview summed up in his final exchange.

Prince Andrew: Epstein’s behaved in a way that was unbecoming.

Emily Maitals: Unbecoming? He was a sex offender.

Prince Andrew: Sorry I was being polite. Yes, he was a sex offender.#Newsnight