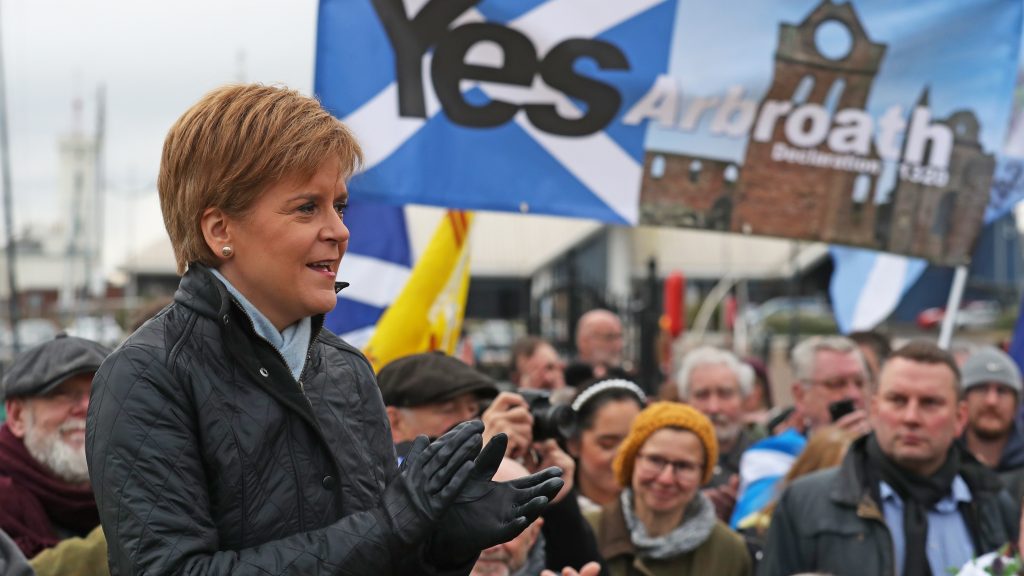 The SNP has called for TV licence decisions to be made independently of government, as it pledged to fight for free licences for over-75s.

As part of a range of pledges for older people, the party argued that powers over licence fees should be stripped from the UK Government to avoid political “game-playing”.

A row erupted this summer when the licence fee-funded BBC announced an end to free licences for over-75s – affecting more than 3 million households – which followed a 2015 deal between the broadcaster and the Conservative government.

The agreement saw the BBC shoulder the financial burden of providing the free licences, but the corporation has since said that the cost of maintaining the benefit would jeopardise the future of BBC Two, BBC Four, the BBC News Channel, the BBC Scotland channel and Radio 5 Live, as well as many local radio stations.

The SNP – which criticised the decision by the BBC – now wants an independent body to rule about who should pay for the licence fee, and how much it should cost.

As part of its general election manifesto, the SNP said it will also oppose plans to raise the retirement age to 68 by 2038 and fight to reverse the Pension Credit cuts that it says could leave older couples in Scotland £7,000 worse off each year.

Accusing the Conservatives of having “taken older people for granted for too long”, SNP candidate for Argyll and Bute, Brendan O’Hara, said:

Many pensioners are struggling with the added pressure Brexit is putting on the cost of living – which is why we need to escape Brexit and give pensioners a better deal.

SNP MPs will fight to reverse that decision and restore the free TV licence for older people.

But more broadly, we need to stop future governments from similar game-playing and have the licence fee set independently of government.

That’s just one part of a wider package of support for older people SNP MPs will push for – including reversing cuts to Pension Credit and securing pension justice for women short-changed by increases in the pension age.

A vote for the SNP on December 12 is a vote for a fairer deal for our older people.

The party has also given its backing to a free national service to help people switch their gas and electricity suppliers and tariffs.

The switching service would be run alongside an Ofgem-held database recording people who had not switched to target them with information about how to get a cheaper deal, in addition to a service for people living in communal accommodation to help with collective switching of supplier.

Energy bills are some of the biggest households face and we all know that bills and tariffs can be confusing. And it is clear most households aren’t regularly shopping around for a better deal, despite potentially saving hundreds of pounds a year.

We want that to change. Our proposal for a free switching service would make a massive difference in ensuring bill payers aren’t being ripped off.

The SNP want to provide people with a service that works to get them the best deal. And we would bring transparency to bills and tariffs  for all consumers – whether that’s a family home or a small business – and help bring down the cost of living.