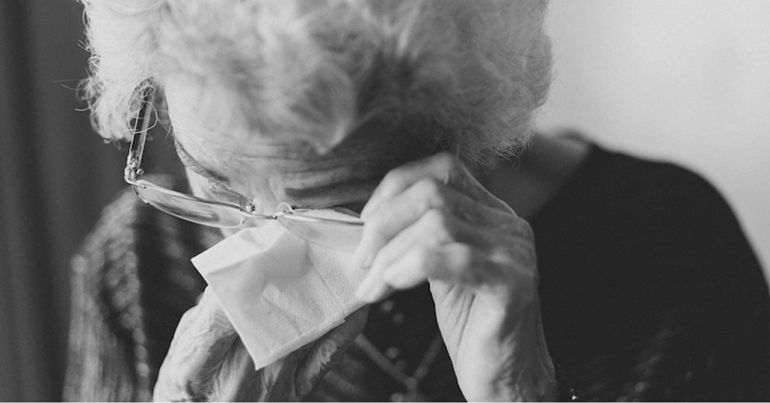 On 10 June, the BBC announced that around three million households won’t receive a free TV licence after 2020. This change affects pensioners over 75. Yet despite a Conservative manifesto pledge to protect these licences, two facts went largely unreported. Firstly, Conservative Party benefit changes mean fewer pensioners will be eligible for a free licence. In another twist of the knife, outsourcing giant Capita administers and enforces TV licences, and it’s already faced criticism over “aggressive” collection methods and targeting vulnerable people.

In its 2017 manifesto, the Conservative Party promised to “maintain all… pensioner benefits, including free bus passes, eye tests, prescriptions and TV licences”. Yet changes announced by the BBC on 10 June scrap free licences for many people over 75. Households must have one person in receipt of pension credit to remain eligible.

In a bid to ease pensioner poverty, the Labour government introduced free TV licences for all over-75s in 1999. But in 2015, the Conservatives pushed the cost of this onto the BBC. As the Guardian reported, the BBC:

agreed to pay the £600m-plus annual cost of providing free TV licences for people aged over 75 in return for being allowed to increase the fee in line with inflation.

According to BBC chair Sir David Clementi, it was a “very difficult decision” but “the fairest and best outcome”. Households claiming pension credit are still eligible for a free licence. Yet as writer and campaigner Alex Tiffin reported, Conservative benefit changes slashed eligibility for pension credit in May.

Previously, households with “one pension age claimant and one below the state pension age”, could make a joint pension credit claim. From May 2019, if one partner is under pension age, couples must claim Universal Credit – meaning a loss of around “£7300 a year because of the difference in benefit rates”. These same households also just lost access to free TV licences too. The 2019 cost of a TV licence is £154.50.

But the potential damage of this change, for some of the most vulnerable people in the UK, doesn’t stop there.

In 2017, the BBC ordered Capita to investigate claims that enforcement officers targeted “poor unsuspecting victims”. The Guardian reported that Capita was accused of running an “aggressive incentive scheme to maximise collection of fees from non-payers”. An undercover investigation by the Mail alleged that:

Capita’s enforcement officers are told to catch more than 28 licence fee evaders each week, as part of the company’s £58m contract to collect the charge.

Allegedly, Capita staff deliberately “targeted vulnerable people”. This included “a war veteran with dementia and a young mother in a women’s refuge”. Given the Capita contract runs until 2022, it’s responsible for enforcing TV licence payments for those who’ll lose their free licence under the new changes.

And in January, the Times reported that the BBC plans “stronger licence fee enforcement”. It made these plans knowing that it had to end free licences for people over 75. But Capita, already under fire for targeting vulnerable people, has this contract.

As The Canary has reported, business is booming for outsourcing companies like Capita. In 2018, the value of outsourcing contracts rose by 53% as private contracts for public sector services “rocketed”.

In 2017/18, Capita was one of the “biggest winners”. It won contracts worth nearly £1.4bn. These were awarded even though it issued a profit warning in 2016. Capita has also been mired in scandal for its role in carrying out disability assessments for Personal Independence Payments (PIP). The company also mishandled “almost 50,000 letters relating to cancer screening information across England” despite a lucrative NHS contract.

In 2018, the BBC awarded Capita a “seven-year extension” to provide Audience Services (AS). AS means Capita answers “enquiries from the public on the quality of TV programmes”. This award was worth between £30m and £35m

In March, Capita reported pre-tax profits of £272.6m. On the morning of 11 June, stock shares fell, but the company is still worth over £1.7bn.

In March, new figures emerged that show pensioner poverty is rising. Age UK said it was “deeply concerned” that:

2 million older people are now living below the poverty line – a 1% rise on last year that means pensioner poverty is at its worst since 2007/8.

The BBC may blame the Tories for forcing this change – the same government that promised basic protections for pensioners in order to win votes in 2017. But it can’t excuse using Capita when it’s fully aware that it may be targeting vulnerable people.

Both the BBC and the government claimed to honour this generation on the 75th anniversary of D-Day. Just a week later, this news shows how meaningless that vacuous praise really is.